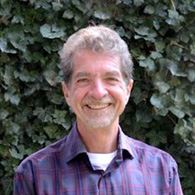 Mr. Bunting is a scientist, serial entrepreneur and educator, moving easily between private enterprise, government and academic spheres, making him a true “bridge” person and uniquely qualified to lead the CAC. He is the CEO of Waterstone Strategies, a consulting firm that assists its early stage high technology clients to “plan and execute” their business and funding strategies. Waterstone has helped its clients in securing over $300,000,000 in new capital. Clients included Pathogen Systems, Raytheon, DigitalGlobe, Intermap Technologies and many others. Waterstone uses its extensive background in business management, intellectual property development, product commercialization, international marketing and sales and organizational development to strategically help companies plan for corporate growth.

Mr. Bunting served as Chief Executive Officer and Chairman of Pathogen Systems Inc. (dba Crystal Diagnostics) from 2005 until 2011. The mid-stage company is commercializing liquid crystal technology in the field of rapid microbe detection. Bob helped create this company in 2005 and during his service raised about $11M in financing.

At DigitalGlobe, Mr. Bunting recruited a new CEO, and led the Waterstone Strategies team in redefining the company through a new commercially oriented business plan. He played a key role in the company “restart” by helping secure a more than $200M investment from Morgan Stanley. The company was listed on the NYSE under the ticker DGI in 2008. DigitalGlobe’s high-resolution satellite imagery is an important part of Google Earth and Google Maps.

Earlier he joined the Canadian aerospace company MacDonald Dettwiler and Associates (MDA), Ltd., where he created a new U.S. subsidiary, booking more than $85M of new contracts between 1992 and 1997. He arranged successful relationships between MDA and a number of leading U.S. aerospace companies, setting the groundwork for ultimately leading to MDA’s acquisition of DigitalGlobe and Space Systems Loral before integrating its U.S. and Canadian operations, creating Maxar Technologies.

Prior to joining MDA, Bunting was Chief Operating Officer and co-founder of the University Corporation for Atmospheric Research (UCAR) Foundation, which oversees the commercialization of all intellectual property generated by the world-renowned National Center for Atmospheric Research (NCAR) in Boulder, Colorado. He was also a Vice President at UCAR, founder of the Corporate Affiliates Program and a member of the UCAR management committee.

Earlier he was a Lead Forecaster for the NOAA National Weather Service and Scientist at NCAR and participated in global weather and climate programs.

Recently he taught Entrepreneurship as a faculty member at the University of Colorado Leeds School of Business, where Bob was able to share his experience and knowledge in an effort to help young entrepreneurs succeed. At St. Louis University, Meramec College, Washington University, Indiana Purdue University at Indianapolis and Metro State College (Denver), Mr. Bunting taught college level courses in atmospheric science. He also appeared frequently on radio and television as a meteorologist including at KMOX in St. Louis, the NBC Today Show and Channel 2 in Denver.

Mr. Bunting holds BS and MS degrees in Atmospheric Science from St. Louis University. Please refer to his LinkedIn page for a more in depth view of his background. 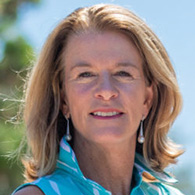 Elizabeth Moore is a community activist and philanthropist with special interest in environmental and conservation issues and in science education. Ms. Moore is now or has recently been a Board member of the Conservation Foundation of the Gulf Coast, Florida House Institute, St. Stephen’s Episcopal School, Boys & Girls Clubs of Manatee County and the South Florida Museum; Education & Outreach Committee, Aquarium Committee and Board of Trustee member of Mote Marine Laboratory. Outside Florida Elizabeth is on the boards of the Museum of Science in Boston and the Museum of the Rockies in Bozeman, Montana.

Elizabeth received a Master of Arts in International Affairs from American University and Bachelor of Arts in Economics & French Literature from Denison University. 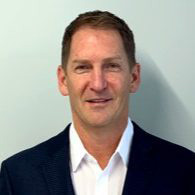 Mr. Dykgraaf brings 36 years of experience to the real estate industry in commercial, industrial, residential, resort, and mall development, with several hundred million dollars in transactions worldwide. He is the sole owner and CEO of Space Source, Inc. through which he has developed hundreds of commercial properties both nationally and internationally.

His ability to predict market trends provides a definitive edge for his clients, and that skill has translated into many successful entrepreneurial ventures. He is also CEO of Tommy’s Express Car Wash Inc., a space age high throughput car wash chain now in rapid expansion.

Dykgraaf operates his business from locations in Holland, Michigan and Sarasota, Florida. In addition to his real estate development, he also owns several sales companies that specialize in logistics, transportation, and chemical and food manufacturing.

Dr. Corell is a Principal at the Global Environment & Technology Foundation, leading its Center for Energy and Climate Solutions, and Chair of Global Science Associates, an interdisciplinary nucleus of science experts. Dr. Corell was an expert contributor to the Intergovernmental Panel on Climate Change (IPCC), which was collectively awarded the 2007 Nobel Peace Prize.

He has several recent academic appointments, including an Adjunct Professorship at the University of Miami’s Department of Ocean Sciences, Professor, University of the Arctic and Professor II, UArctic’s Institute of Circumpolar Reindeer Husbandry, Norway. He recently held the Arctic Chair at the University of Tromsø, Norway. He is the Chief Scientist and Member of the Board of the International Sea Level Institute. He is a Senior Fellow at the Consortium for Ocean Leadership. He was a Council Member of the Global Energy Assessment (GEA) and Lead Author of GEA Report, Chapter 3 on Environment and Energy. He led the Arctic Climate Impact Assessment (2005) and led a comprehensive study of governance issues in the circumpolar Arctic. In 2013, he chaired and was the lead author of the 2013 UNEP Yearbook: “The View from the Top – Searching for Responses to a Rapidly Changing Arctic” and more recently, he was Co-Chair of the 2016 UNEP GEO-6 North American Regional Assessment.

In 2010, Dr. Corell was awarded an Honorary Doctor of Veterinary Medicine by the Norges Veterinærhøgskole (Norwegian School of Veterinary Science) and a 2008 Honorary Doctor of Science, University of Alaska, Anchorage. In 2017, the Case Western Reserve University Alumni Association awarded him the Gold Medal Award for lifetime achievements. In 2019, he was elected a member of the Norwegian Scientific Academy for Polar Research. A natural amphitheater at the head of a glacier in Antarctica (79°54′00′′S, 155°57′00′′E) was named in 2003 the “Corell Cirque” by the Board on Geographical Names.

Dr. Corell is actively engaged in research concerned with the science of global change and the interface between science and public policy, particularly research activities that are focused on the science of global and regional climate change. This effort is designed to facilitate understanding of vulnerability and sustainable development. For example, he is a lead author in the 2011, 2016 and 2017 North Pacific Arctic Conference Annual publication, the most recent of which is titled: “A North Pacific Dialogue on Building Capacity for a Sustainable Arctic in a Changing Global Order.”

He has published several dozen peer-reviewed articles and book chapters during the past decade. A recent example is the UN Environment Programme “2016 GEO-6 Global Environment Outlook: Regional Assessment for North America, UN Environment Programme and 2017 Chapter 6 Impact Analysis and Consequences of Change. He was a contributor to the Adaptation Actions for Changing Arctic (AACA) project of the Arctic Council and the Arctic Monitoring and Assessment Programme, and a contributor to the book, “2052 – A Global Forecast for the Next Forty Years” by Jorgen Randers. He is a Science Advisor to the National Geographic “Years of Living Dangerously” TV series.

Dr. Corell was Assistant Director for Geosciences at the National Science Foundation (1987- 2000) where he had direct responsibility for the NSF’s Atmospheric, Earth, Ocean Sciences, and Polar Programs and was Chair of the U.S. Global Change Research Program (1987- 2000) reporting to the White House Office of Science and Technology Policy. He was also a professor and academic administrator at the University of New Hampshire.

Dr. Corell is an oceanographer and engineer by background and training, having received Ph.D., M.S., and B.S. degrees at Case Western Reserve University and MIT. He has also held visiting scientist appointments at the Woods Hole Oceanographic Institution, the Scripps Institution of Oceanography and the University of Washington. He is currently a member of the Board of Trustees of the Bermuda Institute for Ocean Sciences and has been a member for over a decade of the U.S. National Committee for the International Institute for Applied Systems Analysis in Austria. 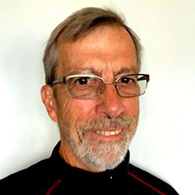 Dr. Waterman is a research scientist with an extensive track record in high technology product development and business strategy. He is the co-founder and CTO of the Waterstone Strategies consultancy.

A research scientist in the interdisciplinary field of Earth System Science, he has a broad background in both the scientific disciplines and the key technologies supporting CAC objectives of identifying, understanding and managing the local impacts of a changing climate. Relevant scientific disciplines include climatology, geomorphology, meteorology, hydrology and geospatial data analysis. Technology experience includes, among others, simulation modeling, satellite and airborne remote sensing, data analysis and software development.

Stuart’s combined scientific and business background follows an underlying theme of technology applied to Earth System Science – engineering implementation of advanced technologies in support of understanding and managing society’s interface with the environment at local, regional and global scales. This background fueled a career focusing the capabilities of world-class aerospace engineering companies to meet the needs of government agencies around the world, including lead roles in programs for NASA, the European Space Agency, the Canadian Space Agency and the governments of Australia, Republic of China and Brazil.

Dr. Waterman served as Director of Business Development for the U.S. subsidiary of MDA Ltd., Canada’s leading aerospace engineering company, from 2011 through 2015. During that period he developed programs for the U.S. Naval Research Laboratory, the U.S. Army Geospatial Center and the U.S. National Reconnaissance Office. Prior to the founding of Waterstone Strategies, he worked for 15 years at the Canadian headquarters of MDA Ltd. Initially joining the company as its first non-engineering professional, he became the Strategic Business Development Director for the company’s earth observation satellite ground station division. His division grew to dominate the worldwide market, growing to annual revenues of $55M.

During his tenure at MDA, he managed the ground segment project team for the Concept Development phase of Canada’s RADARSAT program, an innovative radar earth observation satellite and companion ground systems designed for year-round, all weather, day and night monitoring of the Canadian arctic – today one of the fastest changing environments in the world. Waterman was subsequently named to the Board of Directors of RADARSAT International, a private company formed to market satellite data and analytical services worldwide.

Before entering the private sector, Waterman was awarded a Natural Sciences and Engineering Research Council of Canada postdoctoral fellowship to support his research at the Canadian Atmospheric Environment Service. While at AES, he developed a satellite image processing and analysis system for daily river ice monitoring and flood forecasting. Dr. Waterman received his PhD from the University of Colorado, supported by a research fellowship from the interdisciplinary Institute for Arctic and Alpine Research. He also holds BSc and MSc degrees in Earth Sciences from McMaster University. 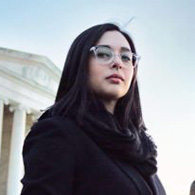 The most recent addition to our team, Marissa Rodriguez is a communications professional and a digital media management specialist.