Climate Warming is the Culprit 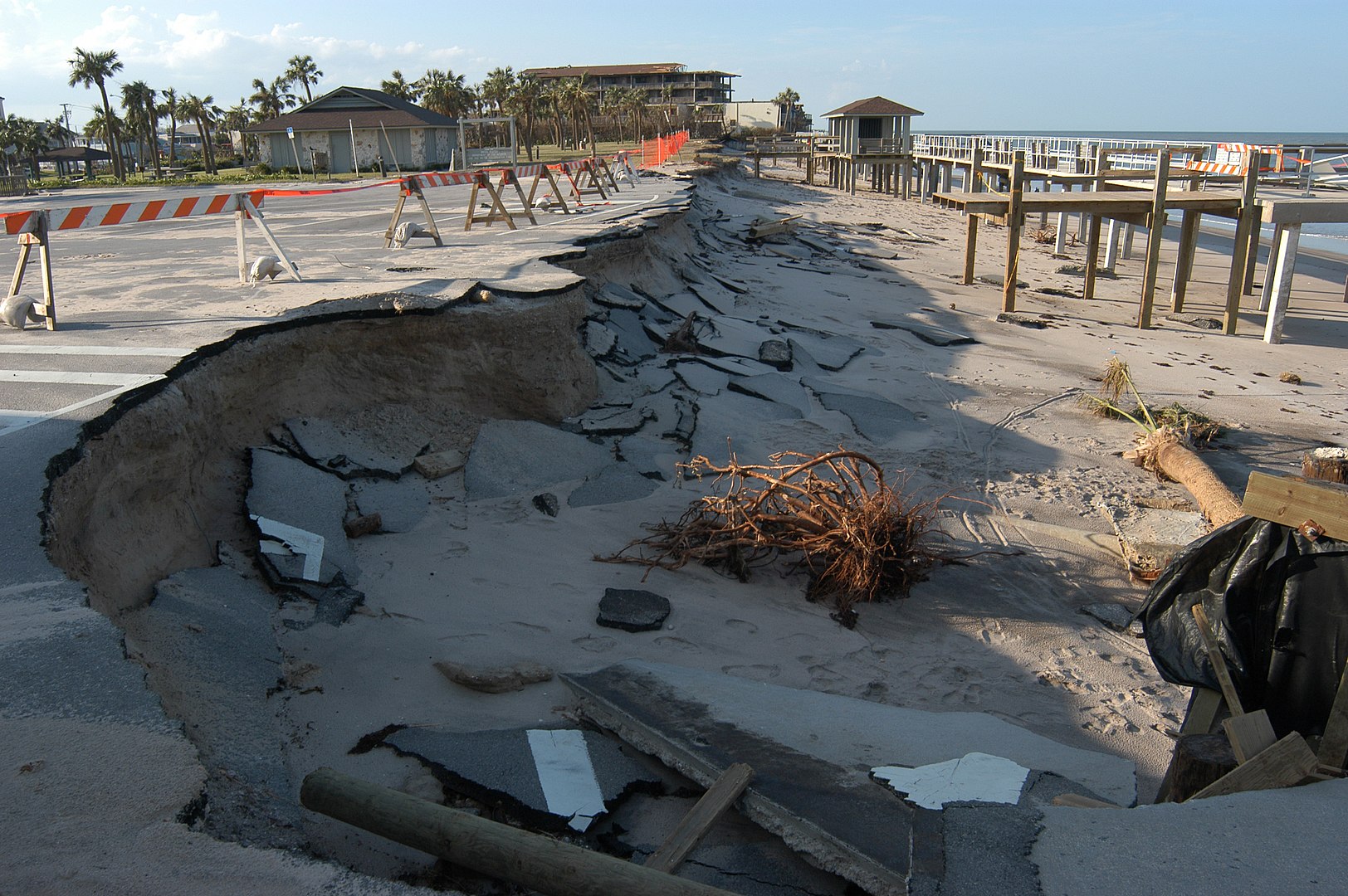 Climate warming is increasing the frequency and magnitude of extreme coastal flooding events along the Atlantic and Gulf Coasts of the U.S. This is happening in two ways. First, through sea level rise, caused by melting of the Greenland and Antarctic ice caps and by thermal expansion of the warming oceans. Second, through the increase in the number and severity of tropical cyclones (including hurricanes), fueled by the warming oceans.

Flooding events are categorized by the frequency with which they have occurred in the historical record. For example, minor events might occur once a year, with more rare (infrequent) extreme events occurring on average only once in a hundred years (a so-called “hundred-year” flooding event.) Looking at it another way, the probability of a hundred-year flood happening in any given year is 1 in 100, or 1%.

Historical hundred-year flooding events along the Gulf Coast, where hurricanes are relatively common, average 3 m (about 10 ft) above the tidal maximum, while a hundred-year event on the New England coast averages 0.66 m (roughly 2 ft.)

The study found that what was once a rare 100-year event will become much more common, ranging from once a year in New England to once every 16.4 years for the Gulf Coast. Map “a,” below, shows the magnitude and variability of historical 100-year flood levels along the Atlantic and Gulf Coasts (ranging from 2 ft in New England to 10 ft on the Gulf Coast), while Map “c” shows the projected future return period for that same level of flooding.

Perhaps more concerning, the study projects that the late 21st century “once in a hundred years” flood on the Gulf Coast will be an average of 15 ft (5 m) above high tide. In 2005, when the average hundred-year storm surge was just 10 feet, hurricane Katrina drove the highest storm surge ever recorded in the U.S., at about 25 ft.

Bear in mind that the entire eastern seaboard and the Gulf Coast are less than 10 feet above sea level. 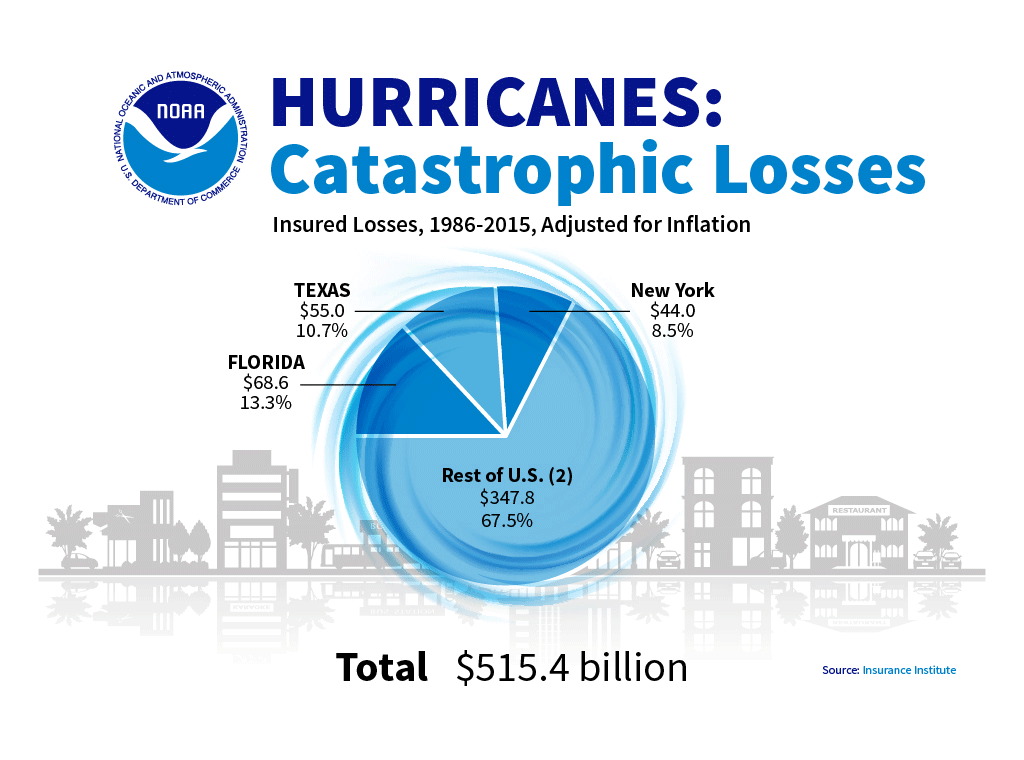