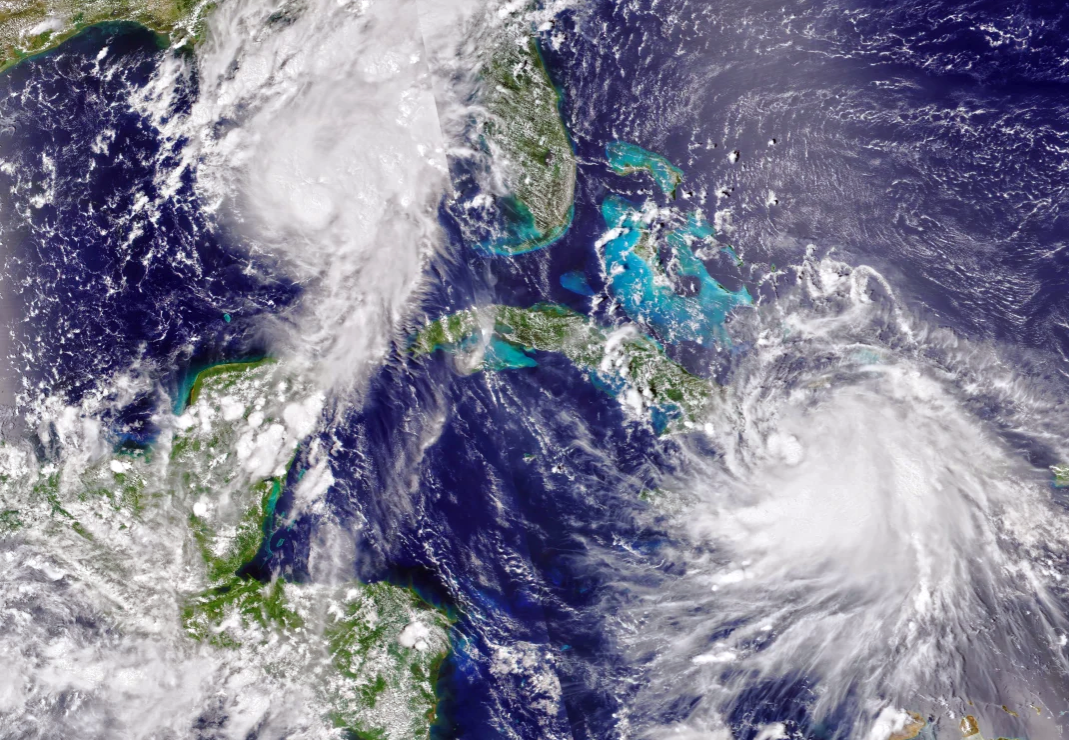 Twin Storms Head Into the Gulf of Mexico

Plus, wildfires rage in Northern California as a warming climate wreaks havoc nationwide 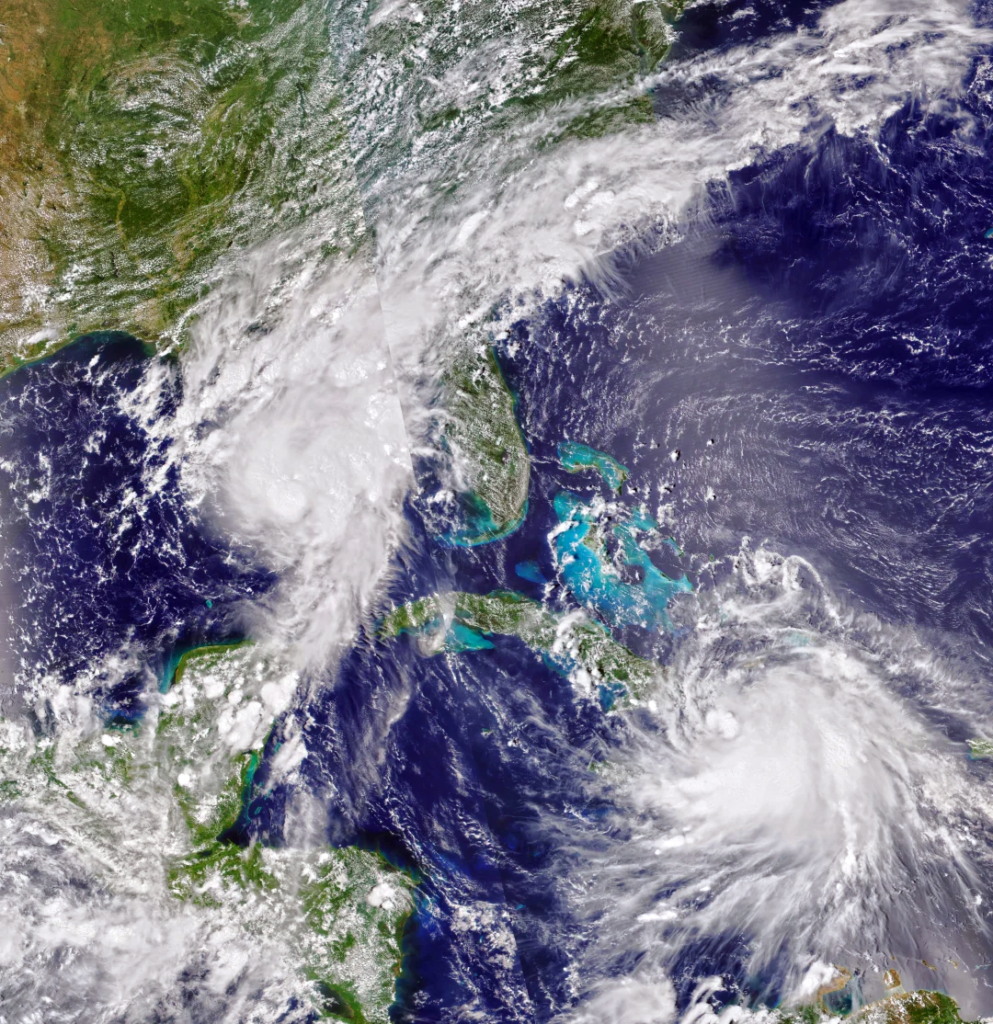 (This article was originally published August 24, 2020 in Sarasota Magazine)

Tropical Storms Marco and Laura pose a punch and knockout punch for the Gulf Coast from Alabama to upper Texas today through Wednesday. The odd occurrence of two tropical systems in the Gulf at the same time is just one more entry in the record book for the climate warming-induced record hurricane season so far this year.

While the tropics are dominating our thoughts right now it is important to note that a warming climate is wreaking havoc nationwide, enhancing tropical storms and wildfires. 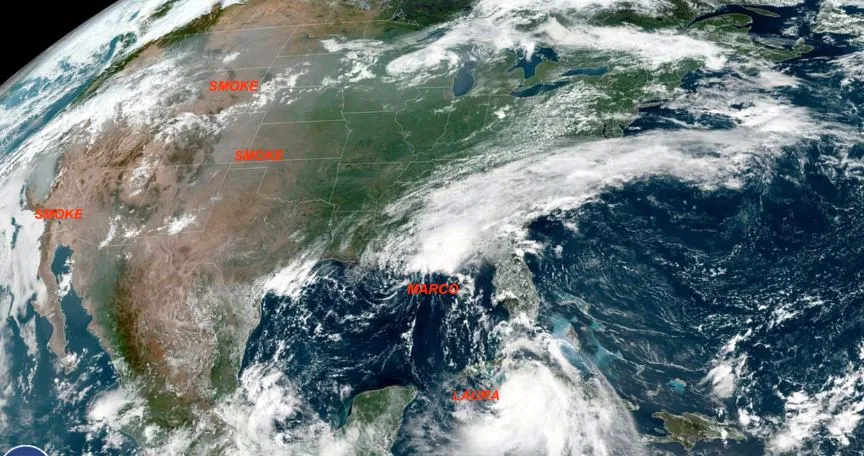 You can see Tropical Storms Marco and Laura, plus smoke from the Northern California wildfires, in this NOAA satellite image.
IMAGE: NOAA

This amazing NOAA satellite picture shows Laura is just south of central Cuba today and is bringing tropical storm conditions to the Florida Keys. Marco is drenching the Gulf Coast from northwest Florida to Louisiana, and heavy smoke from unprecedented forest fires is covering much of the west.
As Laura moves northwestward though the Gulf of Mexico on Tuesday, it will travel over deep warm water that measures 88 degrees F. Water temperatures above 84 degrees F are rocket fuel for hurricanes—not only is the water hot, but there are eddies in the Gulf called loop currents that are even warmer.

Wind shear, which has been impacting Marco and Laura up to now, is going to be minimal from Tuesday though Wednesday, which is another worry because hurricanes can stack up and become symmetrical in structure, with well-defined eyes, in low wind shear environments.

Dry air being sucked into these two systems has also been holding them back and, of course, Laura has been interacting with the land mass of Cuba. Even with all these negative issues, a serious situation is developing for the northern Gulf Coast.

Marco is likely to dump heavy rain and rake Louisiana and upper Texas with gales, providing a gut punch to the area. But increasingly concerning is that Laura could provide a follow-up punch of knockout strength. Near-perfect conditions for explosive intensification should be in place as Laura turns north and leaves Cuba behind tomorrow.

Our national hurricane models are now suggesting a Category 2, but my experience at forecasting storms over the decades indicates the intensity could grow even higher. By the time it reaches the northern Gulf Coast, Laura could become the first major hurricane—a Category 3, 4 or 5—of the year. If rapid intensification begins, Florida coastlines will experience high tides and erosion, as the Gulf is already turbulent from Marco. Laura will create even more of these turbulent high tides in the Gulf as the storm motors offshore.

As if all this wasn’t enough, national oil and gas infrastructure located in the Gulf area is threatened due to these two storms. A slight westerly shift would bring Laura though the heart of this area and potentially cause considerable damage to that infrastructure.

We are fortunate Florida will miss the brunt of both these storms, but they serve as a reminder that we should be ready as peak hurricane season—that is, late August through mid-October—begins.