By Bob BuntingAugust 27, 2021No Comments

(A version of this article also appears in Sarasota Magazine)

Hurricane Ida is strengthening as it approaches the west side of Cuba. From there, it will move quickly northwestward and encounter the narrow, flat part of the island before emerging into a hot Gulf of Mexico. Because water temperature is now well above normal, Ida will likely go though an explosive development cycle and strike Louisiana late Sunday as a major hurricane. Ida will be the second major hurricane in the Gulf in the past two weeks, following on the heels of Hurricane Grace, which made landfall in Mexico as a Category 3. 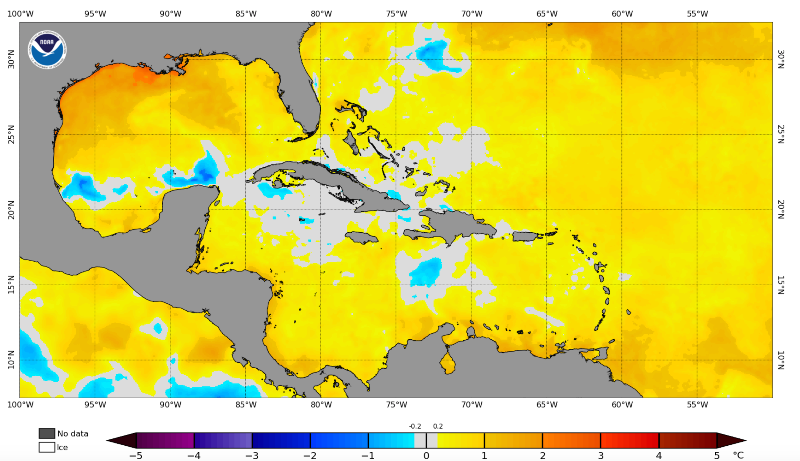 The NOAA Sea Surface Temperature Anomaly map shows an extremely warm Gulf of Mexico, with water temperatures ranging from 1°C to 4°C warmer than the recent average. This means the Gulf is up to 8°F warmer than it should be this time of the year. This is one reason we forecast 20 tropical storms this season.

Warm water provides the energy hurricanes need to grow. The warmer the water, the faster they can intensify, all other things being equal.

Now look closely in the Gulf and notice the warm plume of water from just north of Cuba to the Louisiana coast. That is the loop current, carrying water at about 90°F. In 2018 Hurricane Michael traveled over the loop current and exploded into a Category 5 storm in just 36 hours before making landfall at Mexico Beach Florida as the first recorded Category 5 to hit that area.

The current forecast track for Ida, our 8th storm this season, is becoming clear. This morning’s forecast cone indicates Ida will track right over the loop current. 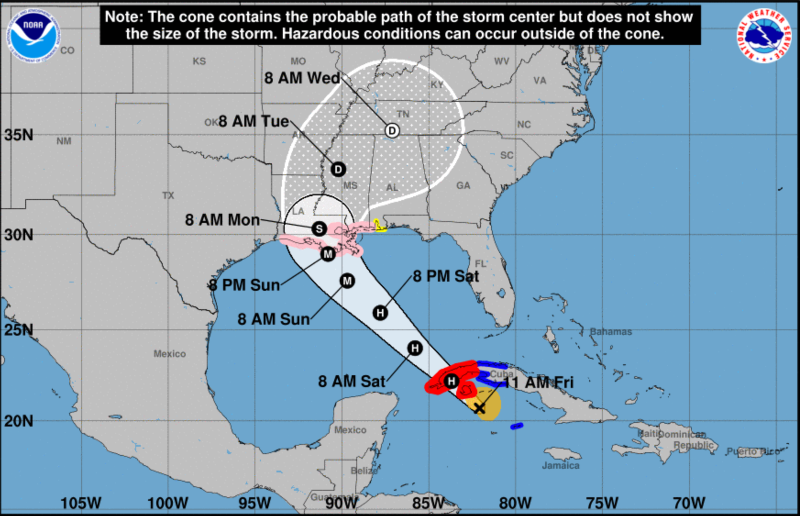 As I am writing this, the storm just reached hurricane intensity — earlier than forecast. A Hurricane Watch is in effect all along the Louisiana coastline, with Ida expected to make landfall as a major hurricane Sunday evening.

Wind shear is minimal over this storm meaning it can organize easily and attain perfect alignment of its eye so it is vertical from the surface to the upper atmosphere well above 40,000 feet. Such a structure is perfect to convert the sea surface heat to wind and rain.

The latest high-resolution satellite imagery from GOES-16 NOAA Satellite shows the rapid organization of the storm with a massive cloud shield to the east and northeast of the center. 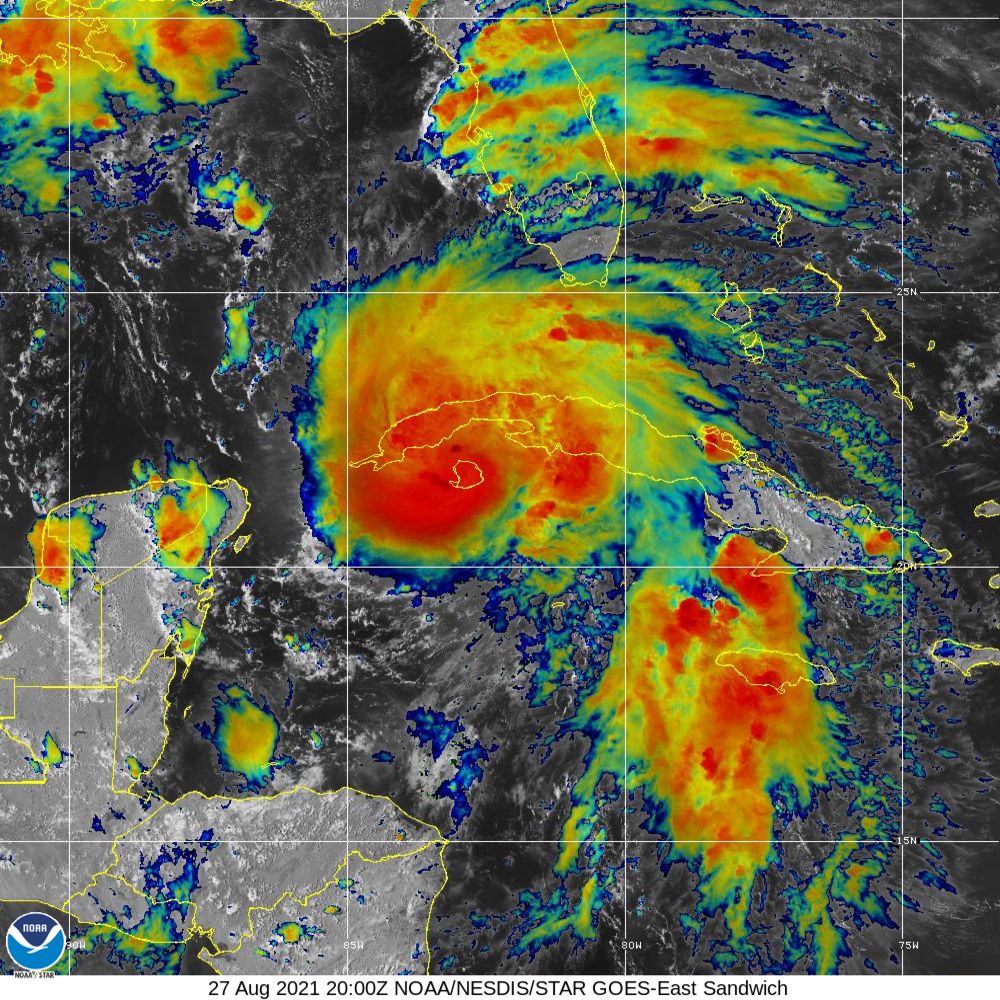 When it comes ashore in Louisiana, Ida will be a very strong and moderately large storm that will impact a large area with high winds and up to 15 inches of rain.

With these near ideal conditions, a Category 4 hurricane is not out of the question. Should the storm stay on its present course and go though an explosive development cycle, becoming stronger than currently predicted, catastrophic storm surge, flooding and winds could result in the landfall area, including New Orleans. It’s still early, so conditions can change enough that landfall may be as much as 125 miles away from the current forecast.

Six tropical storms have hit Louisiana during the 2020 and 2021 hurricane seasons so far. Ida will be the seventh, not a lucky number!