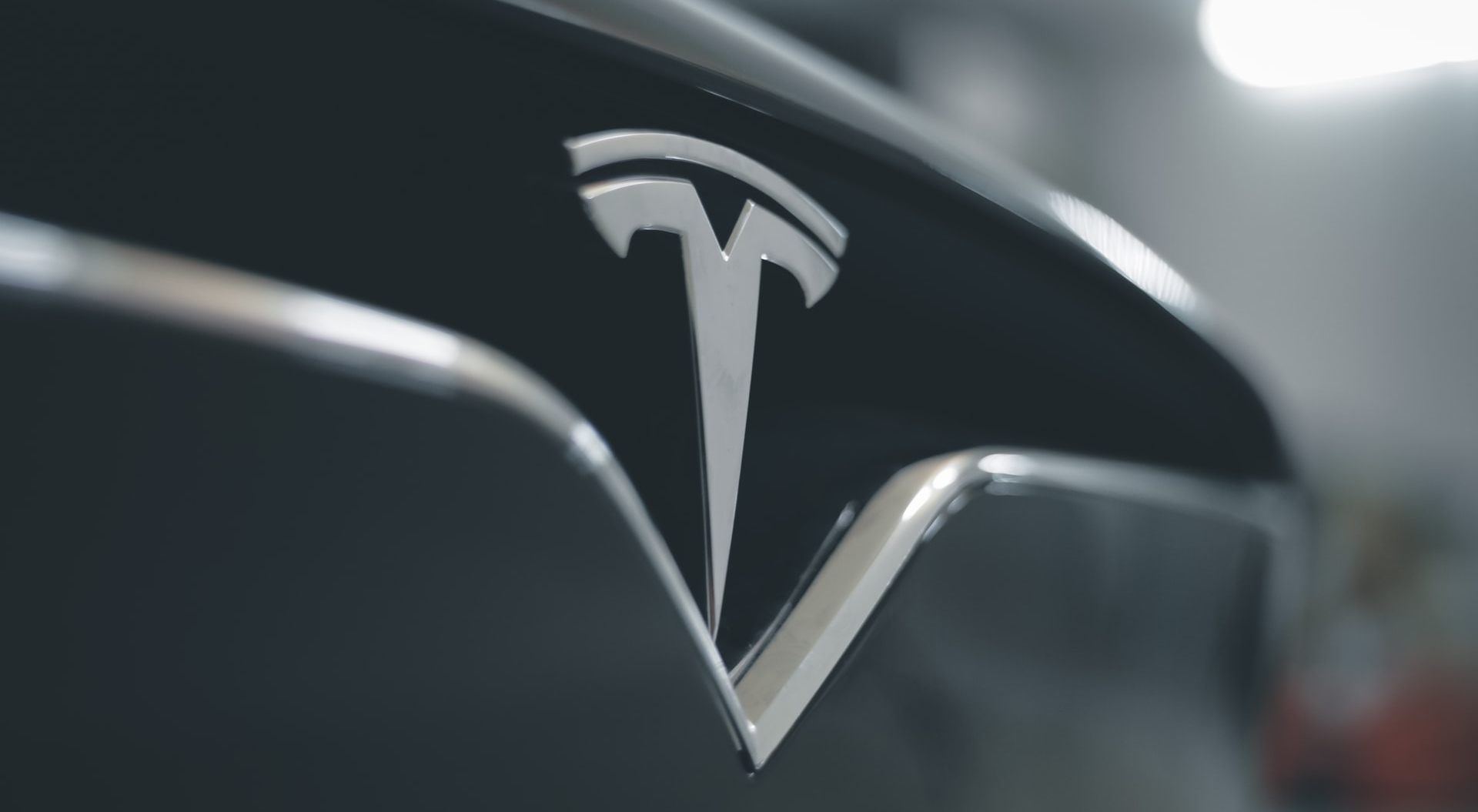 By Stu WatermanOctober 11, 2021No Comments

In 1971, MIT Press released a seminal publication: Inadvertent Climate Modification – Report of the Study of Man’s Impact on Climate (SMIC). The UN Environment Programme (UNEP) and the World Meteorological Organization (WMO) established the Intergovernmental Panel on Climate Change in 1988. In the following years, convincing national governments to accept the scientific consensus that greenhouse gas emissions are driving dangerous levels of climate warming proved to be a painfully slow process.

When the SMIC report was published in 1971, annual greenhouse gas emissions totalled roughly 26 billion tons. Now, fifty years later, annual greenhouse gas emissions are about 51 billion tons, and global average temperature has risen 1.2ºC above preindustrial levels. The International Energy Agency predicts emissions will reach record levels in 2022. Fifty years of procrastination have left us between a rock and a hard place.

We know that halting climate warming requires us reach “net zero” emissions, effectively going from 51 billion tons a year to zero. If we can reach that goal by 2050, we have a 50/50 chance to contain climate warming to 1.5ºC in this century — the best possible outcome at this point. Given where we are, reaching net zero will be enormously difficult regardless of the target date. At COP26 next month, countries around the world will confirm their commitments to reducing emissions and limiting climate warming — giving us a better idea of where we stand and when we might forecast reaching net zero.

While governments will present goals, policies and strategies at COP26, ultimately the heavy lifting will be done through a worldwide transformation of businesses, industries and supply chains. Last week, The Economist’s virtual conference Sustainability Week: Countdown to COP26 brought together leaders from the government and private sectors to address the challenges businesses face in the transition to a sustainable, net-zero economy.

In a keynote interview for the conference Zanny Minton Beddoes, Editor-in-Chief of The Economist, asked Bill Gates, Philanthropist and founder of Microsoft, for his view of the challenges involved in reaching net zero. Gates is deeply involved in the issue, having founded Breakthrough Energy in 2015 to find ways to scale the technologies we need to achieve a path to net zero emissions by 2050.

In Gates’ view, if we just work on the “easy stuff,” like electric vehicles, and ignore the “hard stuff,” like steel and cement production, then we are asking for trouble. As an example, he pointed out that producing one ton of cement releases one ton of CO2. There are more than 2,500 cement plants worldwide, producing about 96 million tons annually — that’s definitely a hard problem.

He describes environment-friendly substitutes for cement, steel and other products from hard to decarbonize industries as carrying a “green premium” that renders them more expensive than the equivalent carbon-based product. Currently, the green premium for decarbonized “sustainable” cement prices it out of the market – it is more than twice as expensive as conventional cement. On the other hand, Gates estimates that the green premium for electric passenger cars will soon reach zero, as economies of scale and product innovations take hold. Similarly, offshore wind and solar electricity generation have already reached a green premium of less than zero — both are cheaper than fossil fuel-powered generation.

Definitely a difficult industry to decarbonize.

Gates cautions that policies prematurely forcing markets to accept products with a high green premium, and ultimately a higher cost to consumers, run the risk of a pushback that could break society’s fragile consensus on dealing with climate warming. Recall the massive “yellow vest” protests in France in 2018, triggered by a steep tax increase on fuel, ostensibly to discourage fossil fuel use as a way to combat climate change.

Today, green premiums for many sustainable products and services are too high, even in highly developed countries. But a larger issue lies in what Gates calls middle income countries — the developing economies that will be responsible for the majority of emissions going forward. For any net zero initiative to be feasible for those countries, the price of a net zero solution needs to be comparable to business as usual.

So How Do We Get There?

Gates’ experience in developing successful high technology companies, coupled with his concern that we are heading for a “climate disaster,” led him to found Breakthrough Energy — something like a cross between a business incubator and a venture capital fund. Breakthrough Energy’s “Catalyst” project intends to finance, produce and buy new solutions that can be foundational for a zero carbon economy. The initial investors in Catalyst are an impressive group, including General Motors, BlackRock, American Airlines, Microsoft, Bank of America and ArcelorMittal.

Breakthrough Energy’s focus is to accelerate innovation that could get us to net zero emissions. In their view, it took decades for wind, solar and battery technologies to compete with emission-intensive technologies and to finally become cheap enough for markets to deploy those solutions at scale. Given our procrastination in addressing the climate problem, we simply can’t wait decades for next-generation sustainable technologies to become competitive with fossil fuel incumbents.

In his Sustainability Week: Countdown to COP26 interview, Gates discussed the impact of carbon taxes as a policy effort to influence business to deploy low emissions solutions. In his view, carbon taxes are necessary to boost emissions reduction, but by themselves they will not get us to net zero by 2050. Breakthrough Energy did “backcast” simulations, working backward to today from a net zero in 2050 economy and came to the conclusion that at the current rate of development and deployment of emissions management technologies and policies we simply couldn’t get there from here. The result? — “we must have innovation” to accelerate the pace of decarbonization.

Innovation is the Key

Queried on the roles of business and governments in fostering innovation, Gates laid out a punch list. For the business community:

Governments are clearly central to the entire process of transforming the economy, but they need to draw in targeted support from philanthropy and the private sector. Crucially, the private sector has the skillset needed to rapidly plan and implement large scale projects.

Gates, Breakthrough Energy and the Catalyst project investors are walking the talk, investing in solutions to what Gates would call “hard problems,” specifically Direct Air Capture of CO2, “green” Hydrogen, long duration energy storage, and sustainable aviation fuel. All of these technologies have been proven at small scale, but they are a long way from full commercial scale operation. As an example, Breakthrough Energy is an investor in both of the Direct Air Capture technology companies we reviewed in this recent article.

The Catalyst project provides startups with a financing facility (blending funds from philanthropists, government agencies, and large companies) that can make the necessary big capital investments to bring down costs, or to help businesses negotiate agreements with green companies by buying down residual extra costs in the green product. These critical steps in the evolution of innovative technologies will lead to a technology that is sufficiently mature that private markets and public policy will bring them to scale. All of this is necessary to get the Green Premium for these products or services as low as possible, giving the best chance of success in global markets.

When asked  by The Economist‘s Milton Beddoes “Of all your investments in climate change what will be…the most exciting?” Gates replied that he believed that you need a broad portfolio of technologies; that you need great ideas across the spectrum of net zero challenges. He thinks that it would be a fatal mistake to focus on a silver bullet solution, like fusion power generation, to the exclusion of other technologies.

Bottom Line — Can We Get There?

Milton Beddoes closed her interview of Gates with the inevitable question: What is the probability of getting to net zero by 2050? As you might imagine, Gates was reluctant to be pinned down on such a complex issue, but he did share these thoughts on the scope of the problem:

Like any good interviewer, Milton Beddoes pressed for a more direct answer and Gates finally replied “greater than 50 percent.” Definitely not a sure thing, so we’d better get on with it!