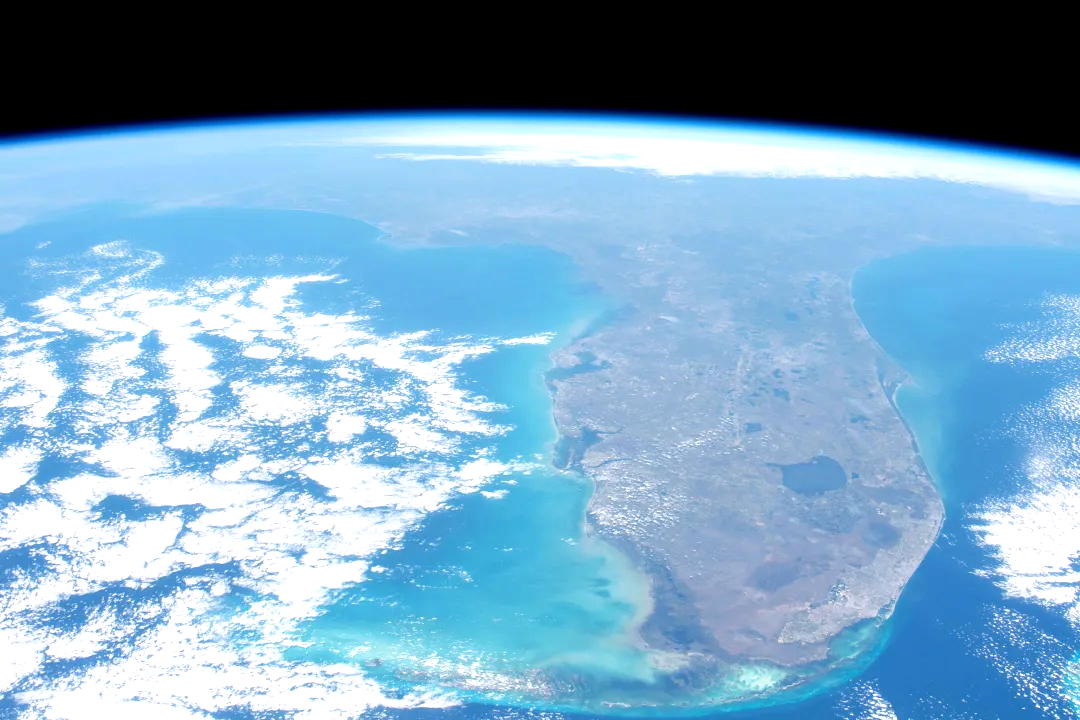 An Interview with the CEO of the Climate Adaptation Center

Find out more about the organization in two Zoom events tomorrow.

(And guess what? It’s not all bad news.)

(This interview was originally published October 29, 2020 in Sarasota Magazine. Reproduced by permission of the author)

The Climate Adaptation Center wants to shed light on climate change in Sarasota and beyond    IMAGE: NASA

Stronger storms, sea level rise and outbreaks of red tide are threatening our natural world and our Florida way of life. The Climate Adaptation Center, Inc. (CAC), headquartered in Sarasota, is launching its website on October 30 in two Zoom virtual events. The nonprofit wants to bring climate warming from the global to the local level, and enable decision makers to use easy-to-understand, highly trusted information to help adapt to disruptive climate events in our region—and the entire state of Florida. The CAC says that the strategies and expertise exist to find these solutions and sees a new climate economy as a force in providing new needed jobs and spurring economic growth just when we need it. Climate warming disruptions are a threat—but they are also an opportunity.

The two Zoom events on Oct. 30 at noon and 5 p.m. are open to the public. Please register in advance. Participants will hear from CAC chairman and CEO Bob Bunting, a Nobel Prize-winning scientist, and other members of the board of directors.

We talked to Bunting about the CAC’s work.

What is the CAC?

“The Climate Adaptation Center, Inc. (CAC) was founded in 2019 as an independent, nonprofit organization headquartered in Sarasota and is led by a team of climate scientists, executives and entrepreneurs. We want to bridge the gap between state-of-the-art scientific research and public sector understanding of our changing climate. Our hope is to stimulate the creation of adaptation strategies and actions to protect the Florida way of life in a time of global climate change.”

What are the local impacts we are seeing from climate change?

“There are multiple impacts. Sea levels have risen on the west coast of Florida. Since 1990 in St. Petersburg, for example, seven inches of rise is now causing sunny day flooding issues on St. Pete Beach, where the historic Don CeSar is located. Closer to home, sunny day high tides are becoming more frequent in areas like Longbeach Village on Longboat Key. As sea levels to rise flooding events like these will be seen more often in more locations.

“Red tide outbreaks are occurring more frequently and in larger scale, and the toxic nature of these events are having negative impacts on humans and our natural world. The most recent red tide outbreak in 2018 caused a major hit to Florida’s $100 billion annual tourist industry. Respiratory illness related to the toxic age blooms also created a public health issue for citizens with compromised respiratory systems.”

“Hurricanes are increasing in impact as they become more frequent and intense and on a sea level that is higher than it was a few decades ago. With Florida’s massive influx of new residents, the potential for catastrophic loss of life and property is higher than many realize.

“So far in the record hurricane season of 2020, Florida has been spared a major hit, but the U.S. has suffered more than $30 billion in damage from 11 named storms. Close by in Louisiana, five storms ravaged the state, including Hurricane Zeta just yesterday. With more hurricanes going though explosive development phases more often due to rising sea temperatures, there may not be time to evacuate millions of people who call Florida home.

“We need more widespread programmatic and adaptation and mitigation strategies to allow the population to shelter in place in homes and to help businesses weather stronger storms. This will be a boom for infrastructure, building trades and associated businesses.”

Can we slow beach erosion in a time of rising sea levels?

“Sea safe communities can evolve if we coordinate our region’s activities and develop regional solutions based on high probability outcomes and proven methods used elsewhere. Florida has spent several billion dollars putting sand on our beaches, but it has not used proven methods to rebuild dune systems and vegetative systems, including mangroves, beach grasses and other native plants to help build a more natural soft beach that can withstand the buffeting of storms surges and higher tides. We know how to do it, but we haven’t.

“Infrastructure and better shoreline management will be needed across our region in a coordinated way. Some of our parks could double as buffers to hold water during storm events. In Miami, for example, some golf courses are being converted or retrofitted so they can absorb and filter water during flood events while maintaining recreation opportunities most of the time.

“Instead of each town doing its own thing, we need to work together to implement these programs in a well-engineered, highly coordinated, cost-effective manner to mitigate the worst impacts. Such action protects the massive tax base that makes our way of life so special. We are spending a lot of money now, but much of it is being poorly spent on band-aid solutions that don’t work for long.”

How much time before it’s too late?

“It would have been better if we had had our act together in the 1990s when science was alerting us to the climate impacts we’re experiencing today. It is common in society to mitigate risk even when probabilities of dire outcomes are low. For example, we all buy auto insurance because we know there is some risk that we could be seriously injured or that we might seriously injure someone else.

“Our best science indicates the risk is high that negative impacts will occur in the near and medium term. In sea level rise, for example, we know the sea level in our area is rising at the rate of one inch every seven years. All climate models—there are 34—are predicting faster sea level rises ahead due to warming conditions. I would call it an 80 percent chance. So by 2050, our area should be ready for another eight inches of sea level rise.”

Are you optimistic about the future?

“I have spent my career working as a scientist for the U.S. government, as an executive in large science-based government-funded enterprises, as the CEO of high technology companies and as an educator and faculty of several colleges and universities. My perspective is there is nothing we cannot do if we engage the private sector, academic sector and government on all levels to solve grand problems. Once the U.S. public demands, the economy delivers. Think about landing on the moon in less than 10 years or the development of a Covid-19 vaccine in a year or so. These are stunning successes based on cooperation and common protective goals.”

How quickly will we have larger solutions?