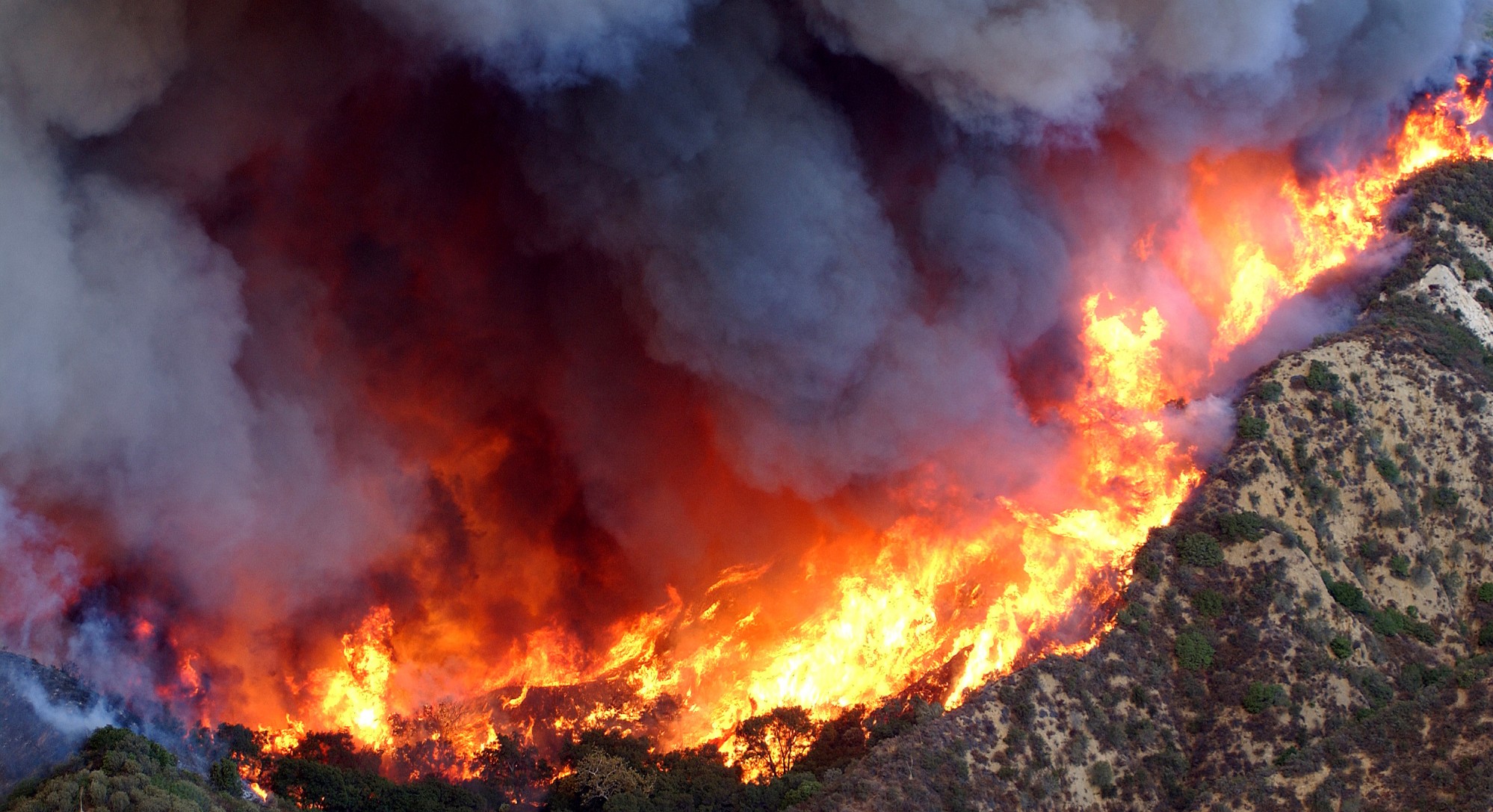 By Bob BuntingNovember 3, 2020No Comments

Another Unwanted Impact of Climate Warming

A changing climate has been a normal occurrence over hundreds, thousands and millions of years. The rate of natural climate change is slow enough that the environment and all living things have ample time to gradually adjust to the changes.

Not so today! The rate of climate change today is 10 to 100 times faster than what was typical in the past. Since the beginning of the Industrial Revolution, the concentrations in the atmosphere of so-called Greenhouse Gases (GHGs) such as Carbon Dioxide (CO2) and Methane have been growing at an alarming rate. So has the rate of climate change.

Since 1850, the leftmost stripe on the color chart below, the trend in temperatures has been unmistakable – Dark blue is cold and dark red is hot. From left to right there is an obvious rapid increase in temperatures with almost every year since 2000 one of the top 20 warmest years on record.

As of this writing, the numbers are in for September 2020. Worldwide temperatures for the month surpassed last year’s September record. That’s two years in a row when global temperatures in September have set new record highs.

In Florida we are observing many effects of climate warming, including sea level rise, more frequent severe hurricanes, Red Tides and negative impacts on human health and our natural environment. While Florida has its hands full with these changes, other areas are experiencing different impacts from the changing climate.

Changing the Game for Wildfires

We have all heard about forest fires raging around the world. Florida experiences wildfires too, but nothing to match the scope of this year’s fires in Australia and the western U.S.

As the climate has warmed, drought has become more frequent and widespread. California, for example, has had 16 years since 2000 of below normal rainfall. This has weakened forests and allowed insect infestations that have killed 150,000,000 trees that now act as tinder for explosive fires. Forest managers leave the trees to burn as part of a natural cycle that helps rejuvenate forests over time. But when people move into these areas a battle develops between saving people and infrastructure and letting nature take its course. Sometimes this battle goes unseen but not this year! Zoning plays a role too. The battle between developers and good common sense often ignores future consequences!

We sometimes forget California is largely a semi-arid to arid landscape in which the population has exploded in the past 50 years from under 25 million to nearly 40 million. Government policies and forest management issues have worsened matters, even as the climate has become warmer and drier. People have been allowed to move into fire hazard zones and the ability to manage forest has been impacted by those policies in a negative way.

Taken together, these conditions created a perfect storm from a forest fire perspective, and not just in California. Australia, for example, had its largest fire outbreak ever in January, summertime down under, as this stunning NASA visualization shows. 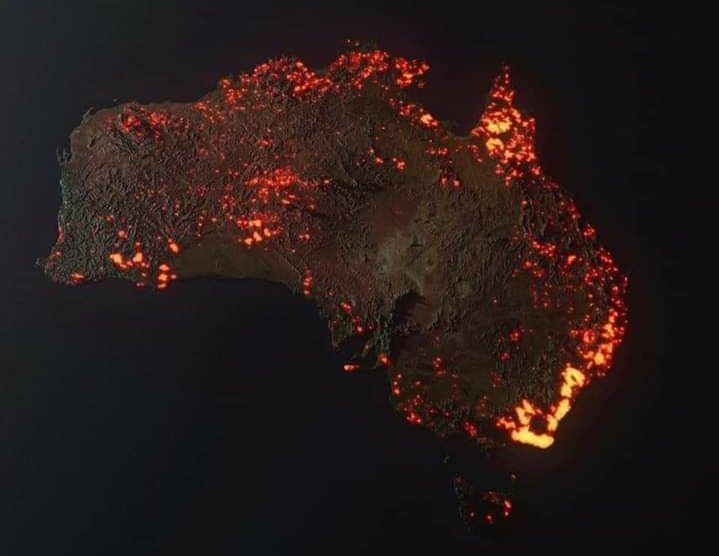 Visualization of all fires observed in Australia during December 2019. (Note that all these fires were not burning simultaneously) Credit: NASA

From Australia and California to the Arctic, it didn’t take long for a global firestorm to emerge. In six short months as summertime began in the northern hemisphere, so do did record heat and drought. The entire western half of the U.S. experienced very little rainfall and record heat. Those conditions persist although fall started weeks ago. As of October 21, Las Vegas, Nevada had gone 184 days without measurable rain, Death Valley, California recorded a record high temperature of 130°F, and Los Angeles had its first 120°F reading.

Every 15 years or so wild lighting storms hit California and this was one of those years! On August 16 storms generated 12,000 lightning strikes but little rain and that set off the firestorm that is still raging in California at this writing. Since then 5 million acres have gone up in smoke in California, with several million more acres burned in the other western states, notably Oregon, Washington and Colorado. Each these states experienced the largest fires in their recorded history and as of today the first Gigafire is still out of control in California… the August Complex. It has burned more than 1 million acres, an area larger than the state of Rhode Island. 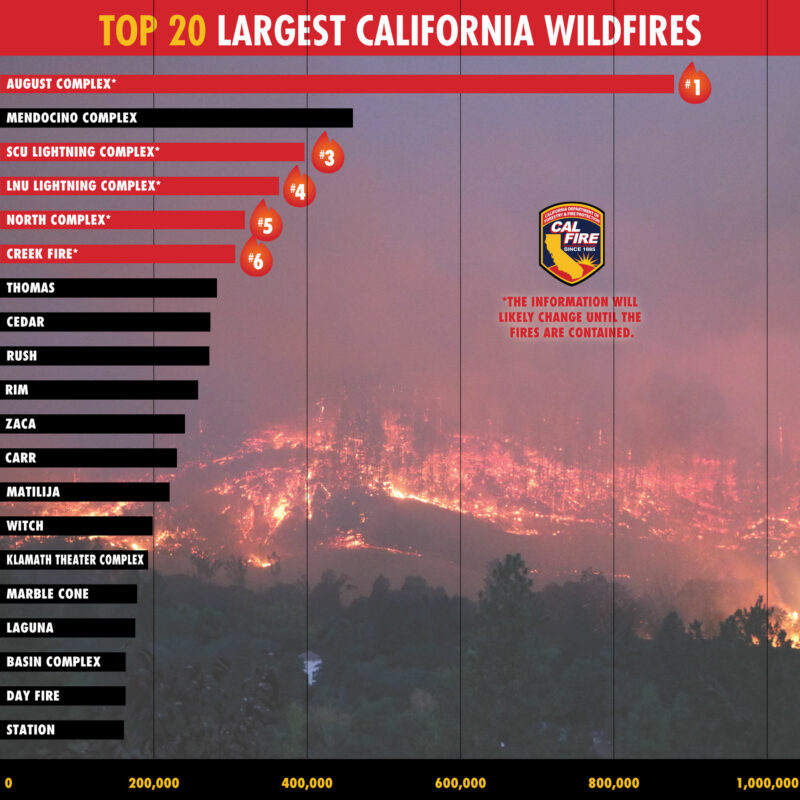 The largest California wildfires ever recorded, as of September 30, 2020 Credit: CAL Fire

The fires have killed dozens of people and incinerated thousands of homes and businesses while suffocating millions with record poor air quality and smoke that stretched from coast to coast at times.

In September a record cold wave dropped temperatures in Denver from 99°F to 29°F in just 18 hours, accompanied by snow! That cold air mass set up unusually strong offshore winds in the Pacific Northwest accompanied by record fires in Washington and Oregon. 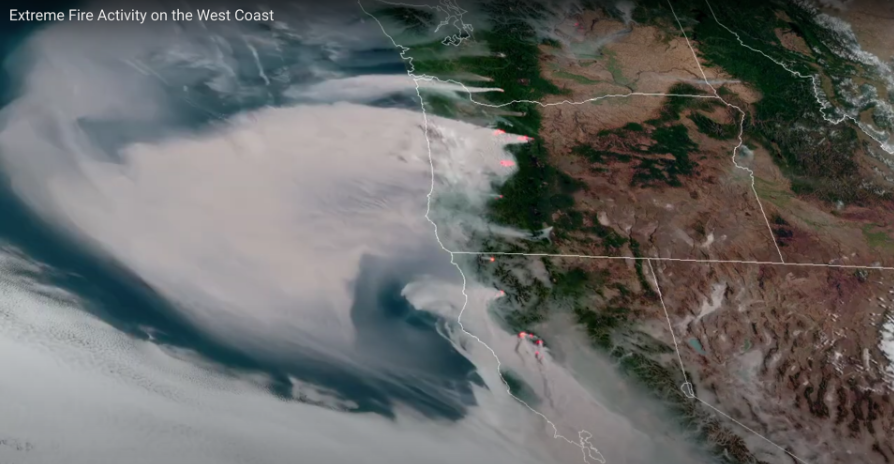 The satellite image from NOAA shows the fire smoke plumes blowing from inland into the Pacific as the cold air blows fiercely though the coastal states. (See the full video here.) The so-called Santa Ana wind set a record for strength so early in the season. It just goes to show that climate change is marked by extreme events, just as predicted by early climate models 40 years ago.

Adaptation Strategies are a Necessity, Not an Option

Every region has its unique impacts from climate warming. While Californians deal with sea level rise just like Floridians, they suffer from lack of drought and fires and associated air pollution. That is why every region needs to focus on its own unique climate disruptions.

We don’t have an alternative but to adapt to and mitigate the worst impacts of climate warming. The time has come to act. In Sarasota, Florida, the first prototype locally focused Climate Adaptation Center is helping Floridians do just that. We hope it leads to other CACs that can not only help their regions cope with the threats from climate warming, but also take advantage of the opportunity to build a new Climate Economy that helps mitigate the warming’s worst impacts.

To make that happen, scientists must use their knowledge to help inform the private sector, government and academia so that together we can make appropriate, cost effective decisions. We know so much but it doesn’t matter much if we collectively don’t act!