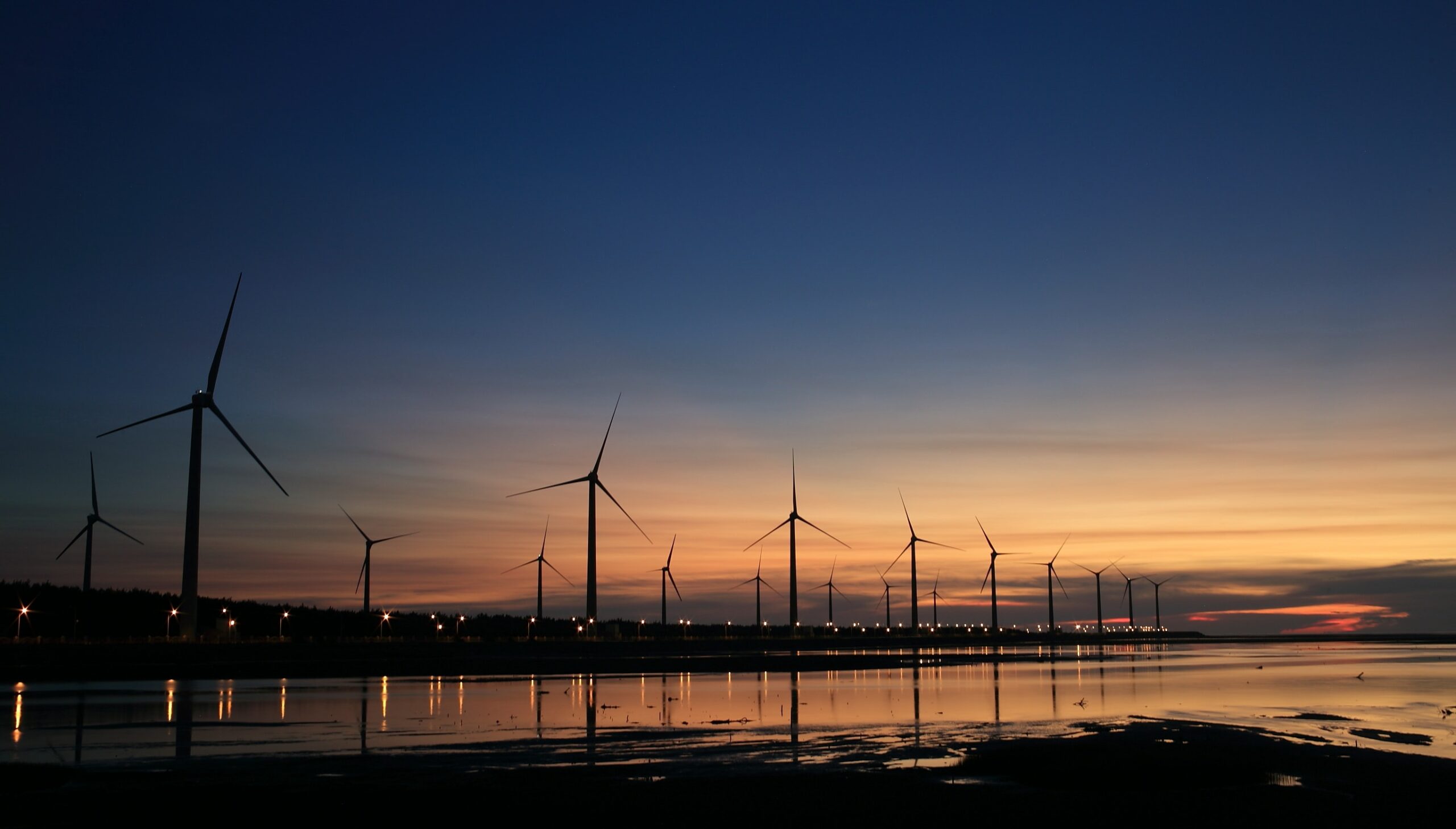 President-elect Biden says the U.S. will reach Net-Zero by 2050

The recent UN Climate Ambition Summit cast a spotlight on the commitments of 70 nations to reduce emissions of greenhouse gases. China, the world’s largest emitter, sketched out its plan to reach net zero emissions by 2060. Other countries, notably the U.K. and the E.U., dramatically strengthened previous commitments. Although the U.S. government did not participate, a number of states have committed individually to reach net zero emissions by 2050. President-elect Biden has pledged to rejoin the Paris climate agreement and to put the U.S. on a path to reach “net zero” by 2050.

What is Net Zero?

What exactly does “net zero” mean? Simply that we will release no more greenhouse gases into the atmosphere each year than we are able to permanently remove and store. Because our capacity for removal and storage (primarily through forests and agriculture) is much, much less than total greenhouse gas emissions, we must dramatically reduce emissions. To achieve this, we will need to quickly restructure major sectors of our economy – notably the energy sources we use and how we use that energy. According to the U.S. Energy Information Administration, fully 80% of the energy that drives the U.S. economy comes directly or indirectly from fossil fuels and thus generates greenhouse gas emissions. 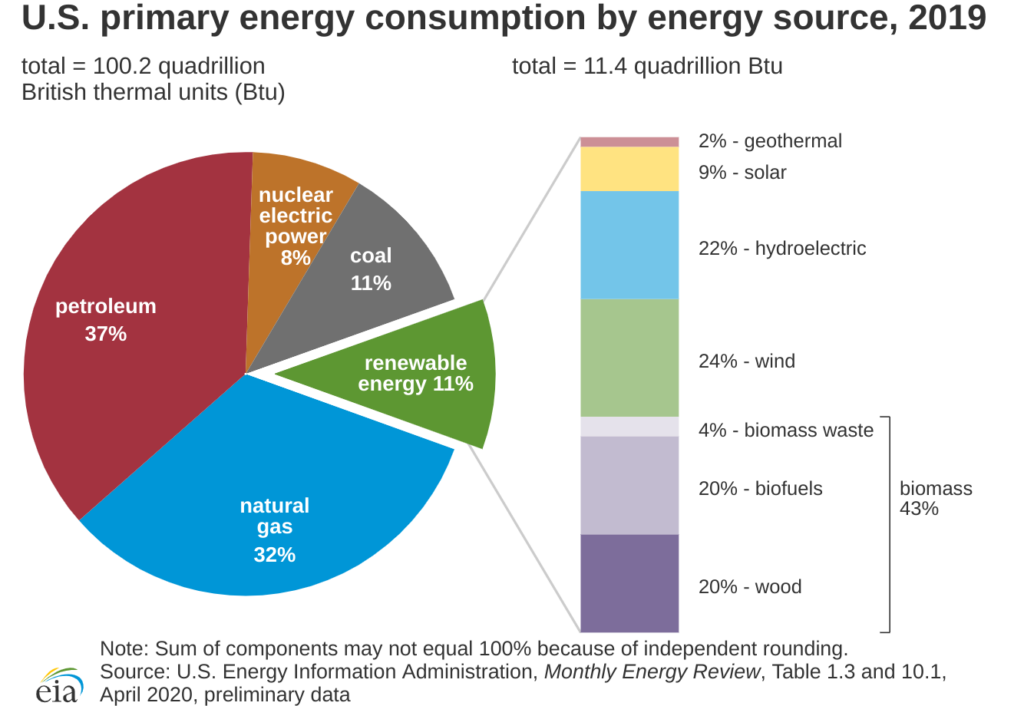 Why do we need to achieve such an ambitious goal by 2050? We know that greenhouse gas emissions have already raised the globally and anually averaged temperature by 1.1ºC (roughly 2ºF) over pre-industrial levels, leading to well-documented climate changes with increasingly serious impacts. The momentum built up in the climate system, together with current levels of emissions that can’t change overnight, means that the global temperature will continue to rise. The only question is: how much?

Since at least the creation of the Intergovernmental Panel on Climate Change (IPCC) in 1988, we have known that prolific generation of greenhouse gases is leading to climate warming. Subsequent research predicts that warming much beyond 2ºC will likely cause serious and perhaps irreversible climate disruption. At the 2010 Conference of the Parties to the Framework Convention on Climate Change, the international community adopted the goal of limiting climate warming to 2ºC (about 3.6ºF). The 2015 Paris Agreement reaffirmed the target of 2ºC, while also agreeing to a “best efforts” goal of 1.5ºC in response to growing concerns about potentially severe climate disruptions at higher temperatures.

To have any chance of limiting climate warming to 1.5ºC, the consensus is that we need to reach global net zero greenhouse gas emissions by 2050. Skeptics (realists?) point out that the developed economies (not coincidentally the top emitters) can afford to meet the goal, but many countries may lack the will or the resources to do so. Nonetheless, if the major emitters take the lead and reach net zero by 2050 we have a very good chance of limiting warming to 2ºC by the end of the century. Hence the international emphasis on net zero 2050 commitments at the recent U.N. summit.

How Do We Get There?

The U.S. can reach net zero greenhouse gas emissions by 2050, but it won’t be easy. Two analyses released in 2020 explore ways we could achieve the goal and highlight the extent of the resulting economic, business and societal changes.

The first study, published by McKinsey and Company, takes a global high level view of the challenge and changes necessary in all sectors of the global economy. Highly recommended as a quick and informative read with a global perspective, the McKinsey analysis serves as an excellent introduction to the second study.

Princeton University recently released interim results of the second study, Net Zero America: Potential Pathways, Infrastructure, and Impacts. Focused solely on the U.S., the Princeton study is an in depth analysis of all aspects of reaching net zero by 2050. It should be required reading for President-elect Biden’s administration. In the words of the authors:

The original and distinguishing feature of this Net Zero America study is thus the comprehensive cataloging across all major sectors at high geospatial and temporal resolution of the energy infrastructure deployments and related capital expenditures required during a net-zero transition. This granularity allows us to assess for land use, employment, air pollution, capital mobilization, and incumbent fossil fuel industries at state and local levels.

There is much to unpack in the 345 page (!) interim report. We will give you the highlights in this post, but we highly recommend adding the report to your digital bookshelf.

In a nutshell, the study shows that it is technologically and financially feasible to reach net zero by 2050. The stated goal of the study is “to provide confidence that the U.S. now has multiple genuine paths to net-zero by 2050 and to provide a blueprint for priority actions for the next decade.” (We will return to the “next decade” implications later in the post.)

The foundational guidelines for the study aim to minimize risk and the impact of necessary changes for all of the potential zero emission pathways:

Within this framework, CO2 emission reduction strategies first address the transportation sector, followed in order by the industrial sector, agriculture, commercial buildings, and residential buildings. The key elements of any net zero solution pathway are increasing energy efficiency and increasing electrification (for example, replacing liquid fuel with electricity or generating electricity from renewable energy instead of fossil fuels).

Increasing the efficiency of energy use wherever possible is a key element of any solution. This reduces the total energy required, thus reducing the cost of reworking and expanding the energy system. Where fuel is still required, increasing efficiency reduces the demand for for fuel and thus CO2 emissions from fossil fuels.

Working hand in hand with increasing efficiency of energy use is increasing electrification of energy use wherever possible. Electricity is inherently more efficient than fuel in end use energy applications. As an example, because of the inefficiency of a car’s internal combustion engine, only 30% of the energy in a gallon of gasoline actually ends up at the wheels. An electric vehicle uses fully 81% of the equivalent amount of energy to move you down the road. To put it another way, an electric car goes more than 2.5 times farther per unit of energy than an equivalent gasoline vehicle.

Solutions involve most sectors of the U.S. economy

The Net Zero America study, uses a number of different paths to a net zero 2050 to demonstrate that we don’t need to be locked in to one “all or nothing” solution. There are six core elements common to all pathways:

The interim report shows five example pathways based on the six core elements that reach net zero in 2050. The big variables governing the makeup of different pathways are the degree of electrification, the adoption rate of biomass fuel, the rate of growth in renewable energy capacity, and the degree of reliance on nuclear energy, if any.

Key outcomes from the pathways to net zero are: virtual elimination of coal by 2030; and a decline in oil and natural gas use ranging from 65 to 100%, depending on the model scenario.

The contrast between emissions assuming “business as usual” (i.e., the current economy, extrapolated through 2050 in line with the Energy Information Agency forecast) and an example pathway maximizing end-use electrification is shown graphically below. (The business as usual projection is on the left.) 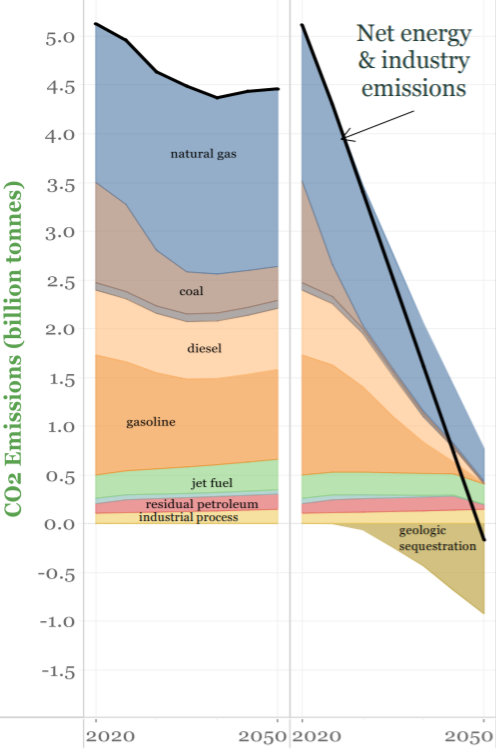 Note that the line indicating energy and industry CO2 emissions shows negative emissions by 2050. This is due in part to additional carbon capture and storage to compensate for non-CO2 greenhouse gases, which are difficult to mitigate directly. Also notice the increasing amount of underground storage (“geologic sequestration”) of captured CO2.

While the Princeton study shows that net zero is feasible and affordable, in the words of the authors getting there by 2050 “will require immediate, large-scale mobilization of capital, policy and societal commitment, including at least $2.5 trillion in additional capital investment into energy supply, industry, buildings and vehicles over the next decade relative to business as usual.” (The additional capital investment will be recovered through revenue from consumption over decades, but major investments are needed up front, ramping up through the transition.) Nor do the authors sugar-coat the magnitude of the challenge, pointing out that all the pathways require “historically unprecedented rates of deployment of multiple technologies.”

On the bright side, each pathway results in a net increase in energy sector employment and immediate and increasing health benefits through reduction in air pollution. Based on current health impacts of fine particulate air pollution, the study estimates that up to 300,000 premature deaths could be avoided between now and 2050. In addition, over the next decade net zero pathways support an annual average of about 3 million supply-side energy jobs, an increase of about 500,000 to 1 million jobs over and above the business as usual estimate.

The Next Decade is Critical

The Princeton study shows that there are many paths to reach net zero by 2050, but all of them rely on implementing key elements in this decade. Increasing energy use efficiency and increasing electrification are prerequisites for all successful net zero strategies. Major energy investments in these areas are necessary but low risk – they are precursors for any emission reduction strategy. The 2050 goal requires that we do the following by 2030:

Making this happen will require early investment to mature key prototype technologies for operational deployment by 2030:

Scientifically and technically, yes. There is no question that achieving net zero by 2050 will require an enormous effort that will affect every American to some degree. It remains to be seen whether or not the political will exists on Capitol Hill to bring forward such an agenda.

A few years ago the solutions suggested in the analyses from Princeton University and McKinsey & Company would have been dismissed as futuristic pipedreams. The past year or two have seen what this 2021 article in Forbes Magazine calls “the remarkable embrace of ‘net zero’ by the business community”. For an example, see the public commitment by Tim Cook, CEO of Apple, less than a month ago, at the UN Climate Ambition Summit. The Forbes article points out that Apple is just one of 1,500 of the world’s largest companies that have committed to attaining net zero emissions.

Investors are similarly reacting to the risks of climate warming and the business opportunities presented by climate strategies and innovations like those described in the Purdue study. Many of the world’s largest asset managers have already committed to investing only in companies that will reach net zero by 2050, if not sooner.

In 2020 we have seen U.S. government and industry mobilize to tackle enormous challenge of a global pandemic. That challenge was amplified by a lack of preparedness. Climate change is another global challenge requiring an ‘all hands on deck’ solution. Governments, investors and industry are starting to come together in response. This is encouraging, but it remains to be seen if we can keep this challenge from growing into another crisis.