By Stu WatermanDecember 12, 2020No Comments

Today’s fifth anniversary of the Paris Agreement was marked by the Climate Ambition Summit 2020, hosted by the United Nations, United Kingdom and France. The virtual meeting was clearly intended to jump-start the upcoming UK-hosted Conference of the Parties, COP26, in Glasgow November 2021.

To that end, the more than 70 world leaders taking part were only invited on the condition that they were prepared to make significant new pledges to further reduce their country’s contribution to climate change. The U.S., Russia, Brazil, Saudi Arabia and Australia did not make the cut, although President-elect Joe Biden tweeted his intent to rejoin the Paris Agreement in the near future.

The summit featured more than 100 commendably brief videos, led by heads of state, but also including statements from corporate leaders, governors, mayors, philanthropists and NGOs. All the videos are available on demand at the summit website.

The spotlight was on China’s Xi Jinping, leader of the world’s leading carbon emitter. After his recent announcement that China would become a net zero emitter “before 2060,” the summit was his chance to back up the statement with substantive commitments. 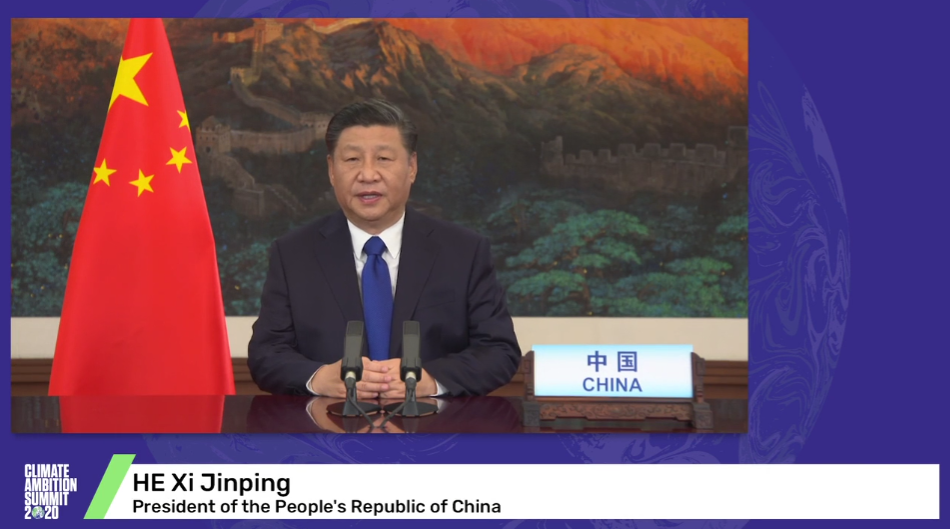 Xi came through with a number of ambitious proposals, but failed to commit to firm targets for near-term emissions. Nonetheless, China’s climate change initiatives are impressive:

Eager to showcase the U.K.’s climate leadership ahead of COP26, Boris Johnson commited to cutting U.K. emissions by 68% by 2030, while implementing a green energy strategy that will make the U.K.”the Saudi Arabia of wind.”

Meanwhile, the European Council hammered out an 11th hour agreement just the day before the U.N. summit that would raise the EU 2030 emissions reduction goal to 55% from the current target of 40%. While a big step forward, the goal still falls short of the European Parliament’s goal of 60%.

Although the U.S. did not have a leadership presence at the Summit, there were a number of local government and corporate leaders who stepped up, including Governors Baker, Newsome and Whitmer; LA mayor Eric Garcetti; and Apple CEO Tim Cook. 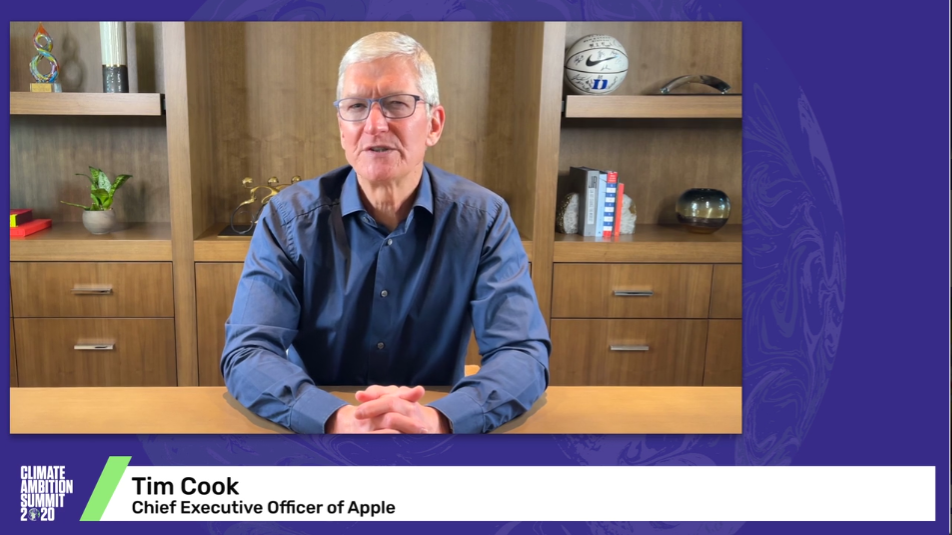 Apple CEO, Tim Cook, on the company’s commitment to carbon neutrality by 2030.

Cook’s statement showed the extent to which individual corporations can contribute to the global climate change initiative. Apple is already carbon neutral in its emissions worldwide, and it is leading its suppliers in transitioning to 100% renewable energy. The company’s goal is to become carbon neutral across its entire supply chain and product usage by 2030 – an impressive commitment.

The Summit’s video library is well worth browsing – alternately encouraging and worrying. As UN Secretary-General Antonio Guterres’ said in his opening statement:

…we all need to pass a credibility test: let’s make the promise of a net zero world a reality now.

Meeting the Secretary-General’s call to action will be no simple task. Tim Cook may have said it best – “This is no time for change at the margins.”