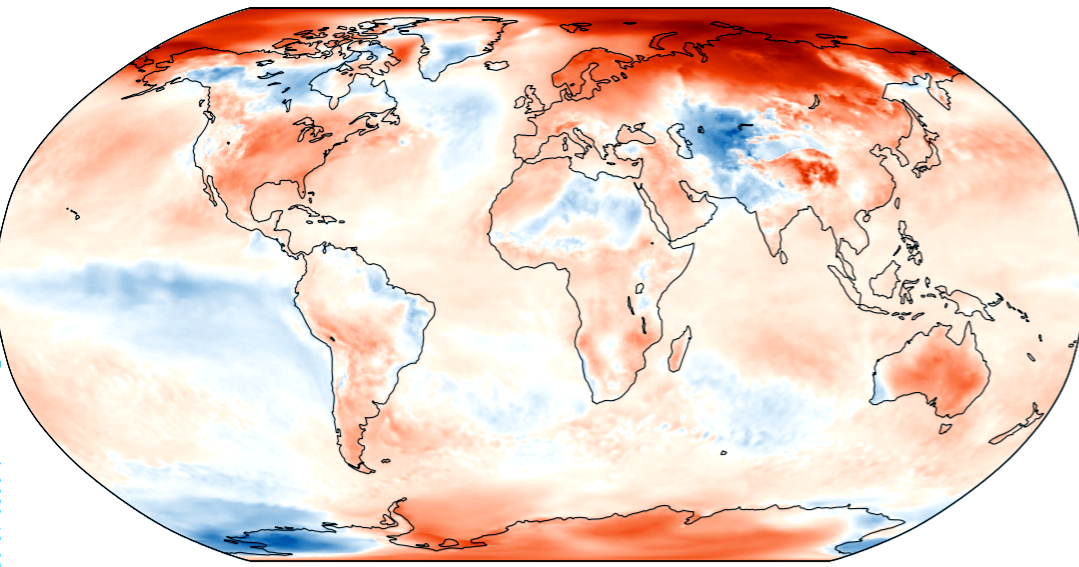 By Stu WatermanDecember 11, 2020No Comments

The world just recorded the hottest November on record, as 2020 adds another year to the sustained period of above average temperatures since 2002.

The European Union’s Copernicus Climate Change Service reports that November 2020 recorded a global average temperature 0.77°C (1.4°F) above the 1981-2010 global average. This is the fourth most extreme increase above a monthly average, behind February and March 2016, and February 2020.

Reflecting the continued dramatic warming of the Arctic, the extent of Arctic sea ice in November was the second lowest since satellite records began in 1979.

On a regional basis, exceptionally high temperatures were recorded in the Arctic and Subarctic, especially in Siberia and the Arctic Ocean. Other monthly hotspots included the Tibetan Plateau and East Antarctica. Heatwaves were recorded in Australia, which logged the hottest November ever. Closer to home, Florida, New Mexico and Arizona continued to experience unusually high temperatures, after setting all-time record January-to-October averages.

The world has been experiencing exceptionally high temperatures since 2015. Since the late 1970’s global average temperature has steadily increased about 0.2°C per decade.