By Bob BuntingJuly 7, 2021No Comments

Tropical storm Elsa briefly intensified to a Category 1 hurricane as it passed Fort Myers July 6th and headed north along the coast, passing the Sarasota Metro Area around midnight.

The weather radar image, at 5.22 pm, shows the eye of Elsa as it gained hurricane status last evening. 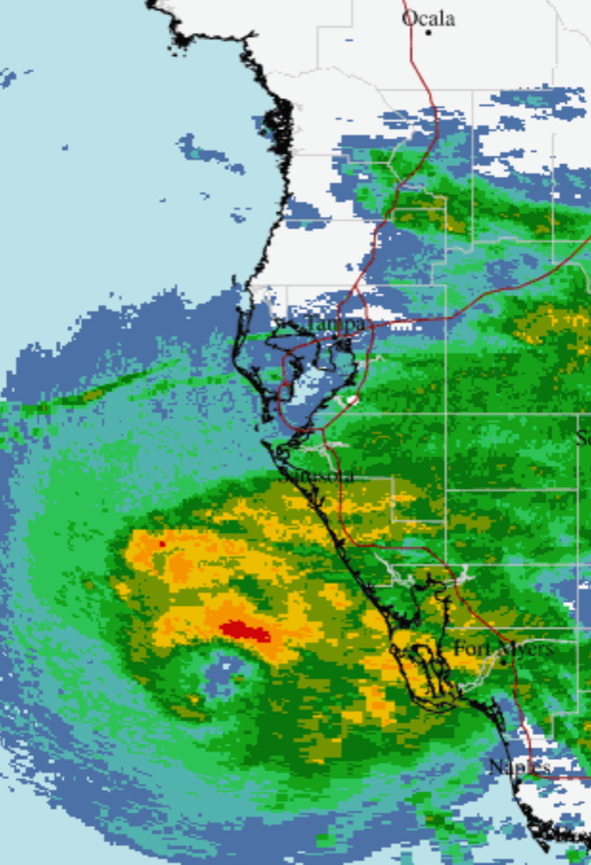 The second radar image, captured at 11:22, shows a broader eye that was already falling apart as the storm passed Sarasota. 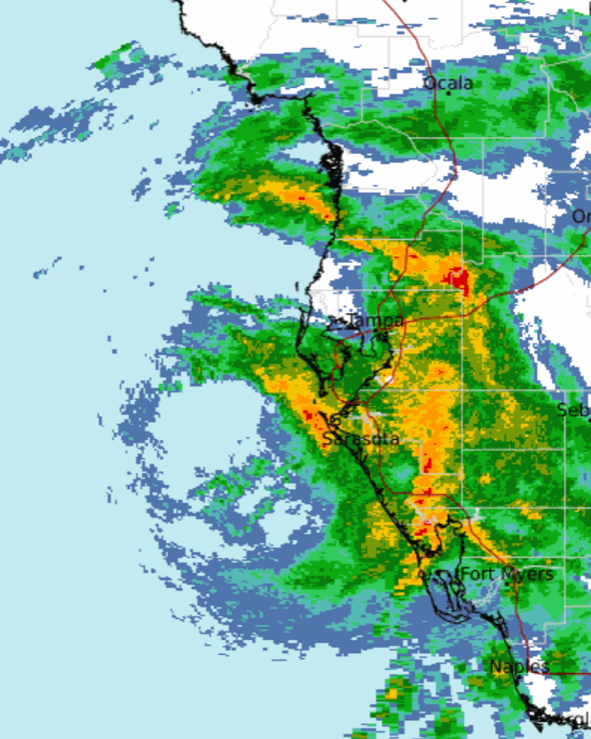 Elsa was downgraded to a tropical storm early in the morning of July 7th as it continued up the west coast of Florida. The storm will eventually cross northern Florida and head up the east coast of the U.S. toward Canada.

Sarasota recorded wind gusts up to 54 mph and a buoy just off Longboat Key recorded 60 mph gusts as the center of the storm passed by late last night. This was pretty much as expected.

Rainfall ranged from light to heavy. The following image shows the rainfall pattern associated with Elsa, with the Sarasota area receiving about two inches, somewhat less than expected. However, areas to the east and southeast of Sarasota experienced very heavy rainfall. A cluster of thunderstorms developed near Fort Myers as Elsa intensified, drenching parts of Florida with as much as ten inches of rain (the areas shown in purple to white in the image.) 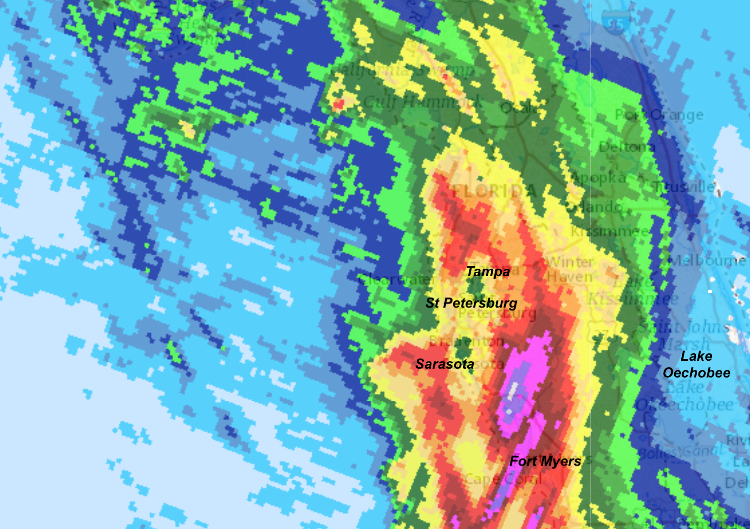