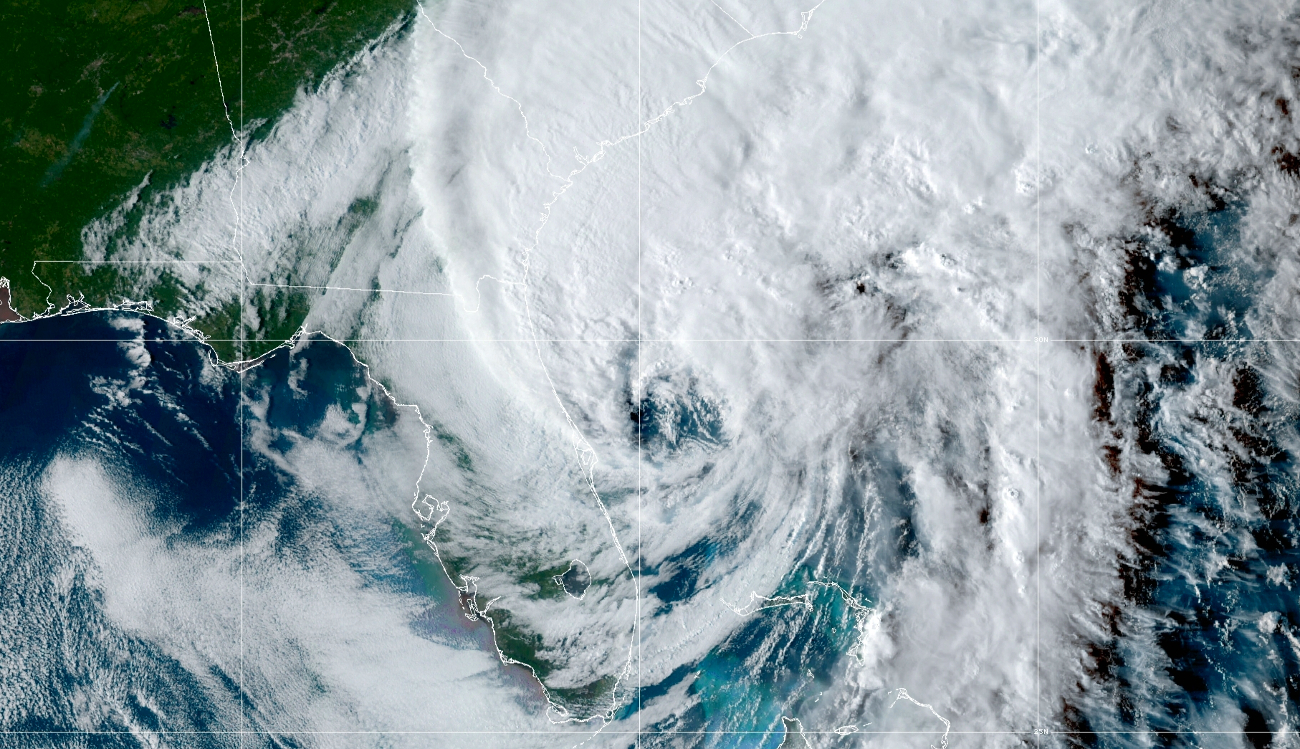 By Stu WatermanSeptember 29, 2022No Comments

The Estimated Damages from Hurricane Ian∗

After slowly diminishing to a Tropical Storm as it crossed Florida September 28 and 29, Ian strengthened to Category 1 hurricane status once it reached the Atlantic. Ian is expected to cross the shoreline of South Carolina Friday, September 30. Once it moves inland, it is expected to weaken rapidly late Friday through Saturday.

Ian still packs a punch, with Tropical Storm force winds extending as far as 415 miles from the storm’s center. The National Hurricane Center forecast is shown below. 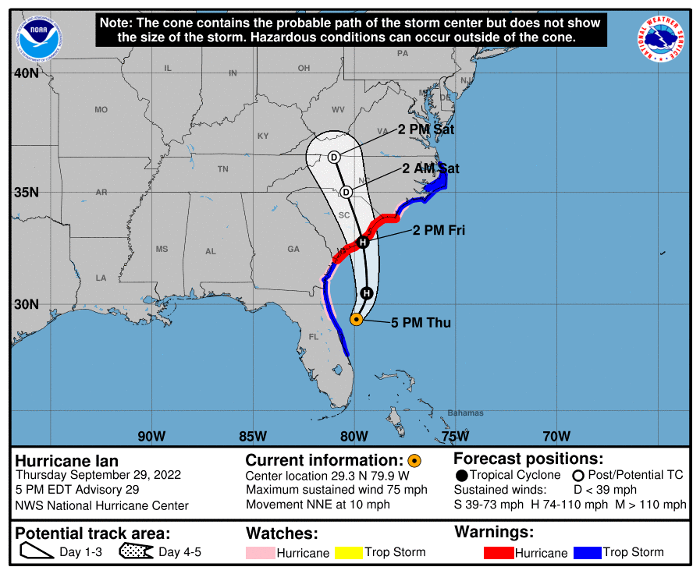 Deprived of heat and moisture from the Gulf of Mexico as it crossed central Florida, the hurricane weakened and became disorganized. Even though it returned t o hurricane status in the Atlantic, it is far less formidable than when it made landfall on the west coast of Florida. The GOES-East image below, acquired late Thursday afternoon, shows the weakened storm approaching the South Carolina coastline.

Potentially dangerous storm surge is expected through September 30 along the coasts of northeast Florida, Georgia, and South Carolina.

A few highlights of Hurricane Ian so far:

The role of climate warming in catastrophic events like Hurricane Ian is clear. Preliminary analysis shows  that climate warming increased the storm’s extreme rainfall rates by more than 10%. In the words of Zahra Hirji, writing in Bloomberg Green:

And make no mistake that climate change had something to do with it. Rising sea levels are boosting storm surges, while warmer air and water are causing storms to become rainier and to intensify faster.