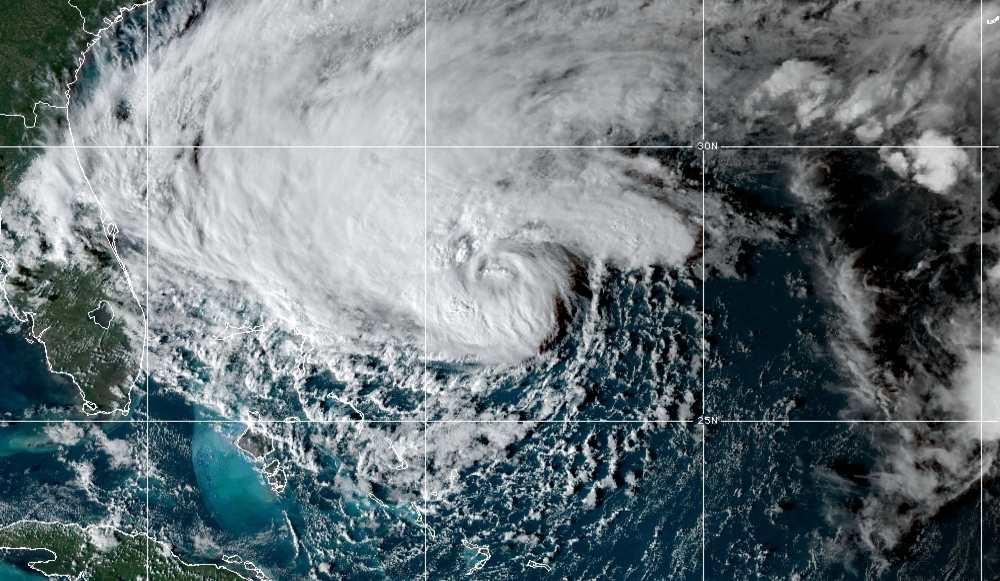 By Bob BuntingNovember 8, 2022No Comments

Tropical Storm Nicole is strengthening and getting well organized as it moves slowly west-southwest toward the southeast Florida coast and the northwestern Bahamas as suggested in yesterdays update.

Hurricane Warning flags are flying along much of the coast, with a Category 1 Hurricane Nicole likely to make landfall close to North Palm Beach late Wednesday  afternoon or early evening. Storm surge flooding from this large storm is expected over much of the east coast of Florida and extending north through Georgia.

Nicole is very large with sustained winds of 60 mph. The massive wind field guarantees impacts for much of Florida regardless of where the center of the storm is located.

The storm will move with increasing speed across the state once landfall occurs. A Tropical Storm Watch is in effect for the west coast of Florida from just north of Bonita Beach to the Ochlockonee River.  A storm surge of one to three feet is expected from Longboat Key to Tampa Bay and two to four feet north of Tampa Bay.

From September 2nd through today, eight storms have formed and should Nicole become a hurricane, all eight will have been hurricanes. Such is life in a climate warmed world!

Because Nicole is so large, gale force winds can be expected regardless of the exact path of the storm. Heavy rains of two to four inches should occur.

The NOAA satellite image shows dramatic improvement in the organization of Nicole as it nears hurricane status. Note how the center now looks typical of a hurricane and the spiral bands are forming around the center like a pinwheel.

The path shown is a general vector of expected movement but therein lies the threat for the Suncoast. Please be aware that the location of severe weather around the center will evolve and change as the system continues to develop. That’s why I want you to focus on the potential impacts rather than an exact path.

There has been a slight shift of the path northward since last night. If that trend continues, the onshore winds in the Sarasota-Bradenton Metro area will be brisk but not much above 40 mph. Still the Gulf coast will have issues with water because:

With the storm passing close to the time of high tide and with a nearly full moon, we need to be prepared for very high tides and some storm surge from onshore winds if the center does pass just north of Sarasota.

Make intelligent science based decisions. Protect your property but be sure to protect yourself!

The CAC will continue updates until the storm is gone. You may view these articles on the webstie, in Sarasota Magazine, or if you sign up for the free CAC monthly newsletter, you will automatically receive an email update in your mailbox as soon as it is posted. Click on the button below to subscribe!