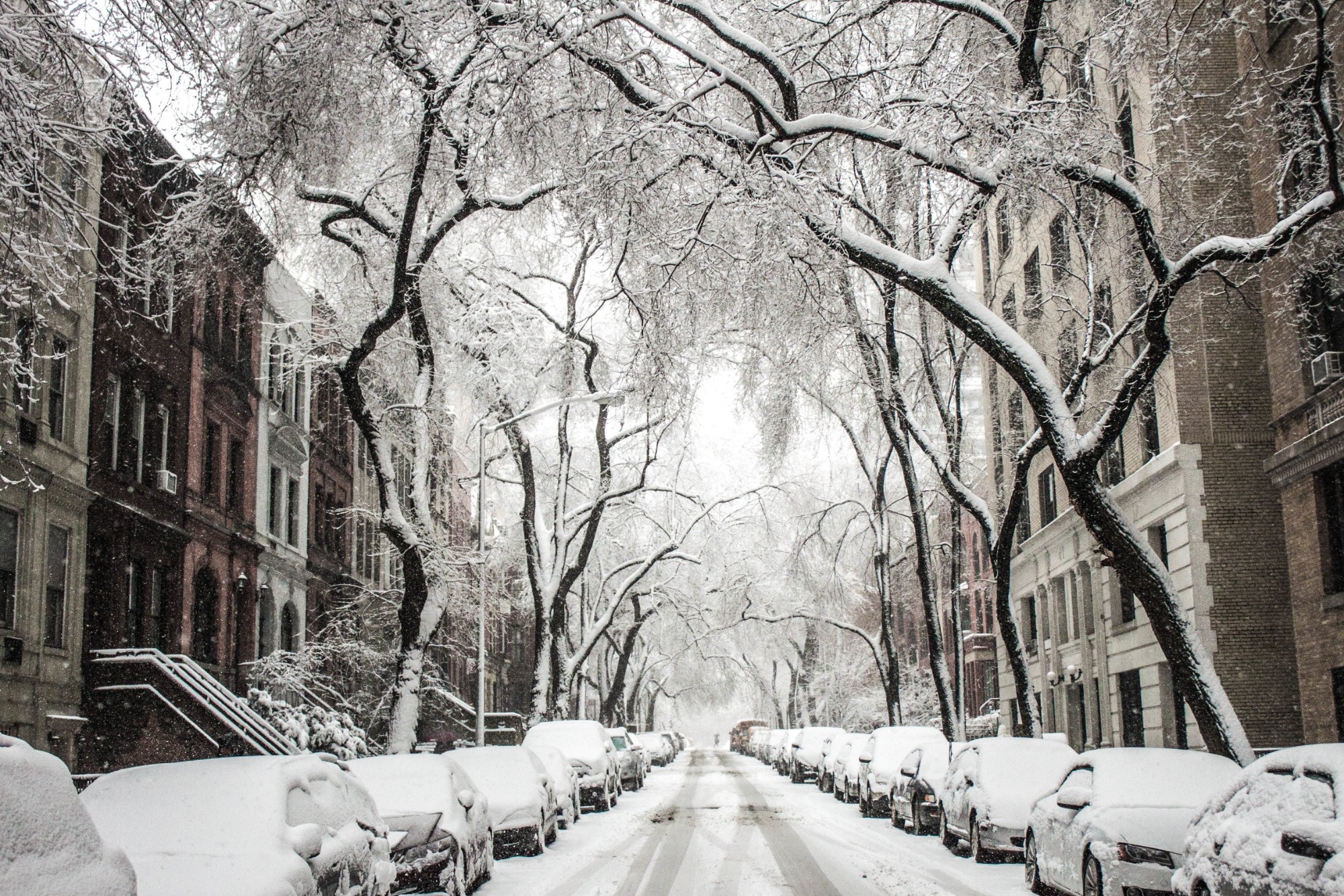 The Polar Vortex is Coming!

By Bob BuntingJanuary 27, 2021No Comments

What is the Polar Vortex?

If you have been listening to the news lately there has been some talk about a visit from the Polar Vortex. Since there is a connection between the Polar Vortex and our changing climate, I thought I’d spend a little time discussing this unwelcome winter guest.

The fact that the earth is a spheroid rotating on a tilted axis as it orbits the sun helps create our weather and climate. Since the North Pole is much colder than the equator, there is a temperature difference between the two and that difference varies due to weather patterns and other factors I’ll discuss later. During summer when the Northern Hemisphere is warmest overall, the temperatures at the equator and pole are relatively high and the temperature difference between the two is smallest. When cold air comes down into the U.S. in summertime it’s darned refreshing, especially if it makes it to Florida! 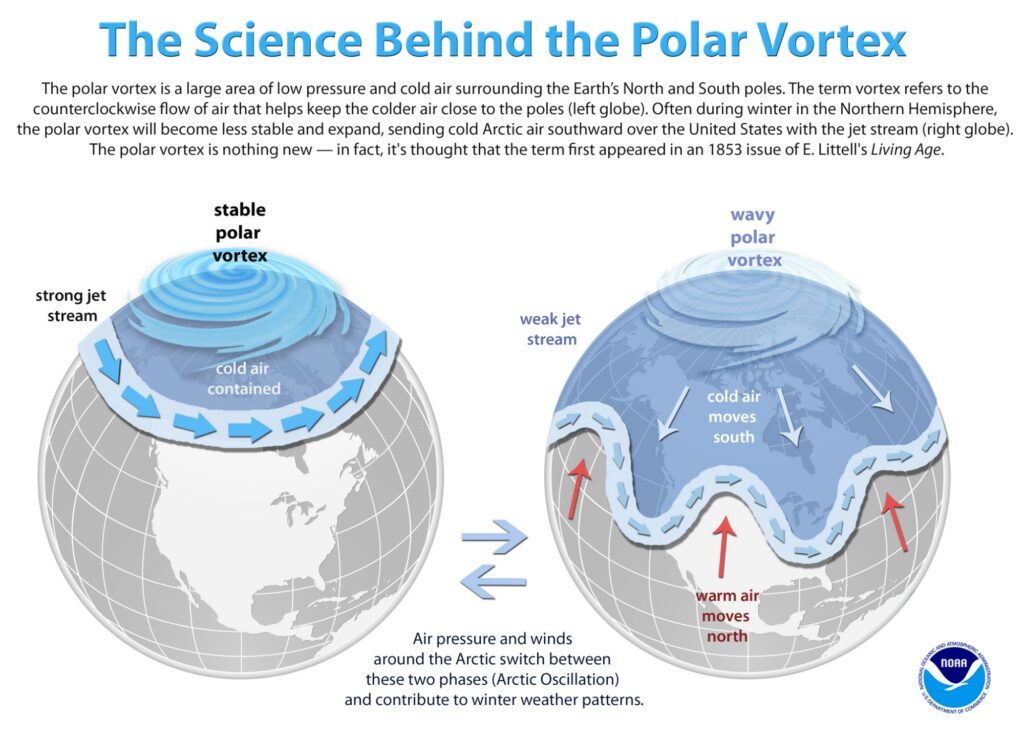 During winter it’s another matter. If jet streams are strong around the Northern Hemisphere, then the cold air remains in the arctic and primarily impacts the northern-most regions. Think of the jet stream as a belt around the planet holding the cold air in place. In the mid-atmosphere this pool of cold air circulates counterclockwise and forms a mid-level low pressure area we call the Polar Vortex.

While it is normal for cold air to be in Canada all winter, for example, there are times when the Polar Vortex extends southward. Since cold air is much heavier than warm air, when the jet steam is weak the belt loosens and the heavy cold air pushes southward out of the Arctic and into the U.S. and Europe. The weak jet stream can’t hold the cold air in its normal circulation pattern and the air moves south, bringing severe winter weather.

When this happens, stories about the dreaded Polar Vortex are in the news!

There are two phases of the Polar Vortex. The first phase is stable because strong Northern Hemisphere jet streams are able to contain and hold the dense cold air in the Arctic that builds up in the darkness of winter where warming sun isn’t present. The second, unstable, phase occurs when the same conditions are present in the Arctic winter but the jet streams are weak and the cold air plunges south.

Is it normal to have a Polar Vortex?

Yes, the Polar Vortex is a normal feature of the earth’s weather and climate system. How the earth warms is due in part to the fact the earth is tilted 23.5° or so on its axis. As the earth orbits the sun, the tilted axis creates the seasons, with the Northern Hemisphere leaning toward the sun in the summer months and away in the winter months. As a result, sunlight hits the earth at varying angles depending on latitude and season, causing differential warming between equator and pole.

Does a warming climate have any impact on the Polar Vortex?

This perhaps is the most interesting question. As the earth has warmed in recent decades, and it is warming faster than at any time in tens of millions of  years, the jet streams have weakened both in summer and winter. The jet streams are stronger when the difference in temperatures between the poles and the equator are large. As the earth is warming, we find the arctic is warming at least twice as fast as equatorial regions. That means the difference in the temperatures between pole and equator is becoming smaller and that translates to less intense jet streams.

The end result is Phase 2 of the Polar Vortex is happening more often, meaning that the cold air that builds up over the pole is able to move southward more easily and more frequently.

This is why climate scientists and meteorologists will tell you that just because the earth is warming doesn’t mean we won’t see cold snaps. In fact, there will be times it is colder than normal. The instability of the warming climate is actually making the Polar Vortex another climate warming-induced disruption.

The same process that weakens the polar jet stream in winter has the same effect in the summer. In summer, weaker jet streams mean hurricanes move more slowly and sometimes stall, thereby magnifying wind, storm surge and rainfall impacts as they meander over the areas they strike.