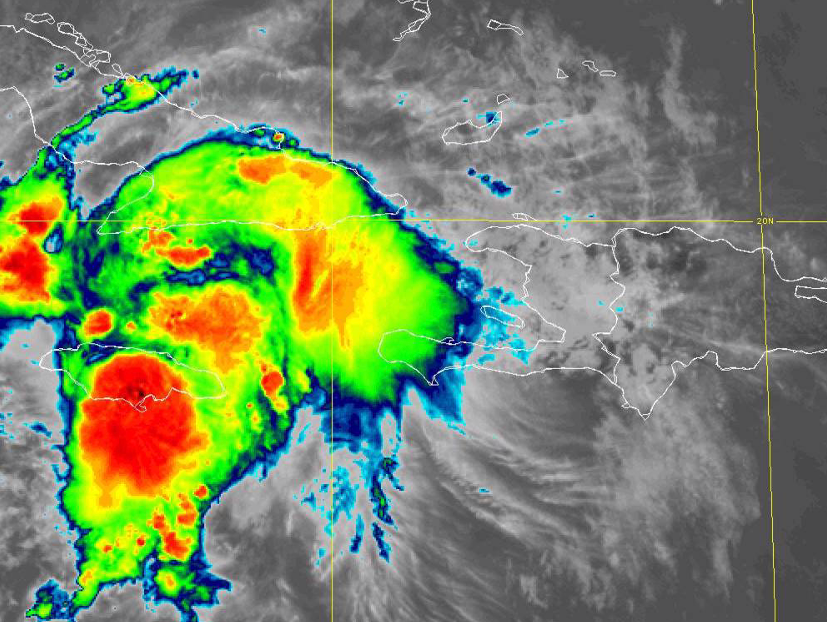 By Bob BuntingJuly 4, 2021No Comments

Tropical Storm Elsa is slowing as it moves toward Cuba

(This article was first published in Sarasota Magazine, July 4, 2021)

Tropical Storm Elsa continues to look impressive, as you can see on this GOES satellite image, below, captured at around noon on July 4. The red areas are cloud tops with temperatures of -70° C, indicating very active thunderstorms around the center rotation.  The pressure in the storm is relatively high, at 1,007 MB.  The storm is slowing down, as I indicated it would in the last update on July 2, and winds have dropped to just below hurricane strength as the system interacts with land. 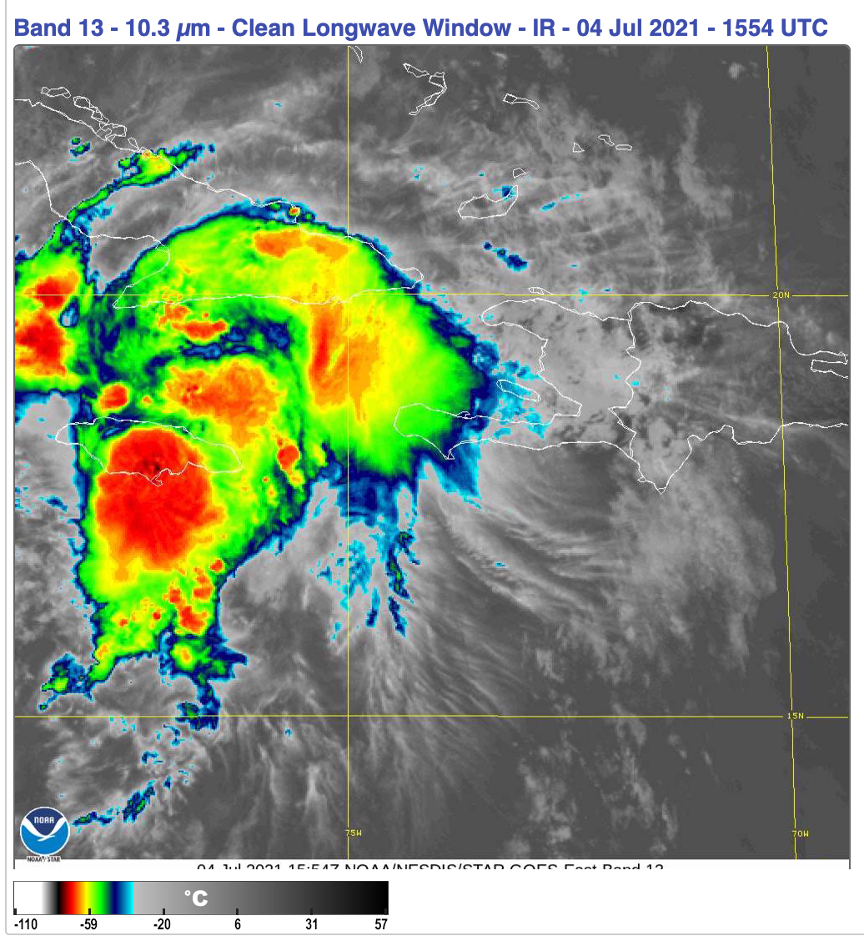 Wind shear is low now, and the waters are warm.  I expect the storm to regain hurricane force as it approaches the south Cuba coastline later today. The National Hurricane Center is predicting slightly below hurricane force.

The latest situation display from the NHC shows the expected path. For our area, the critical time is Tuesday, when heavy rains and winds are almost certain. The storm center will be very close to the Sarasota area coastline, and this path could be similar to Tropical Storm Eta last November.

Again, the Gulf waters are warm enough to support hurricane-strength winds if the wind shear stays low. The storm is still two days away, so we should be prepared for that possibility.

The storm is fairly small in area, so as it moves by the maximum impact will be rather quick compared to Hurricane Irma in 2017. But its passage around the time of high tide could create storm surge along the barrier islands, and I expect warnings for wind surge and flash flooding, with downpours of 3 to 5 inches, to be issued in the next 24 hours. 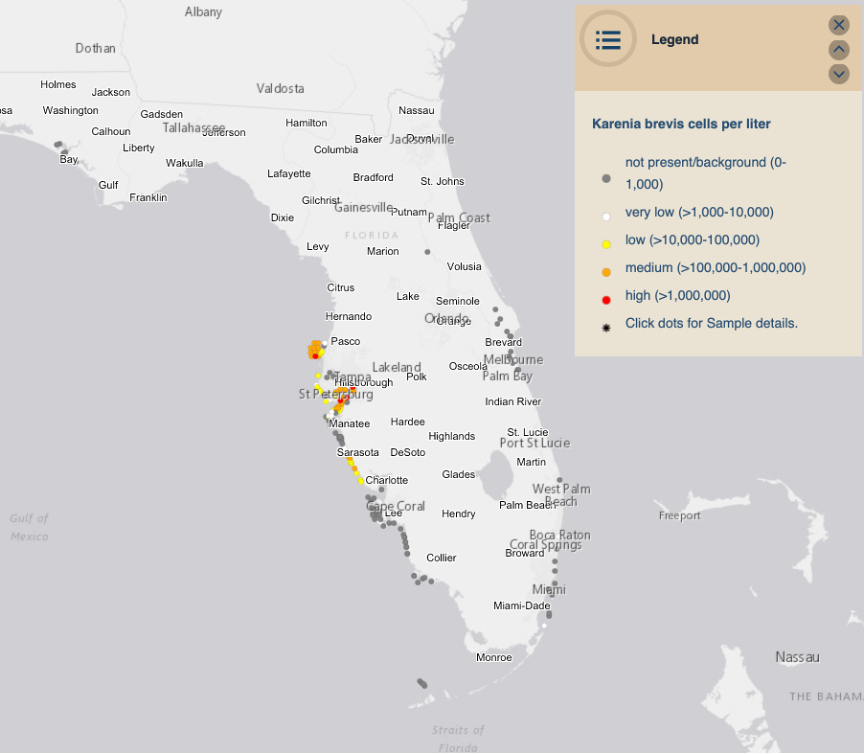 We also need to think about the storm’s impact on red tide. I have been working on the relationship between red ride and hurricanes for some time. You can review that work on the Climate Adaptation Center website here. When tropical storms drop heavy rain, they carry heavy nutrient loads that eventually drain into the Gulf. If red tide is already present, and it is right now, there is usually a large bloom about two weeks after the passage of a storm. We will need to keep an eye on red tide in the weeks ahead.

The CAC will be issuing daily updates on its website about Elsa as it impacts Florida in the days ahead.