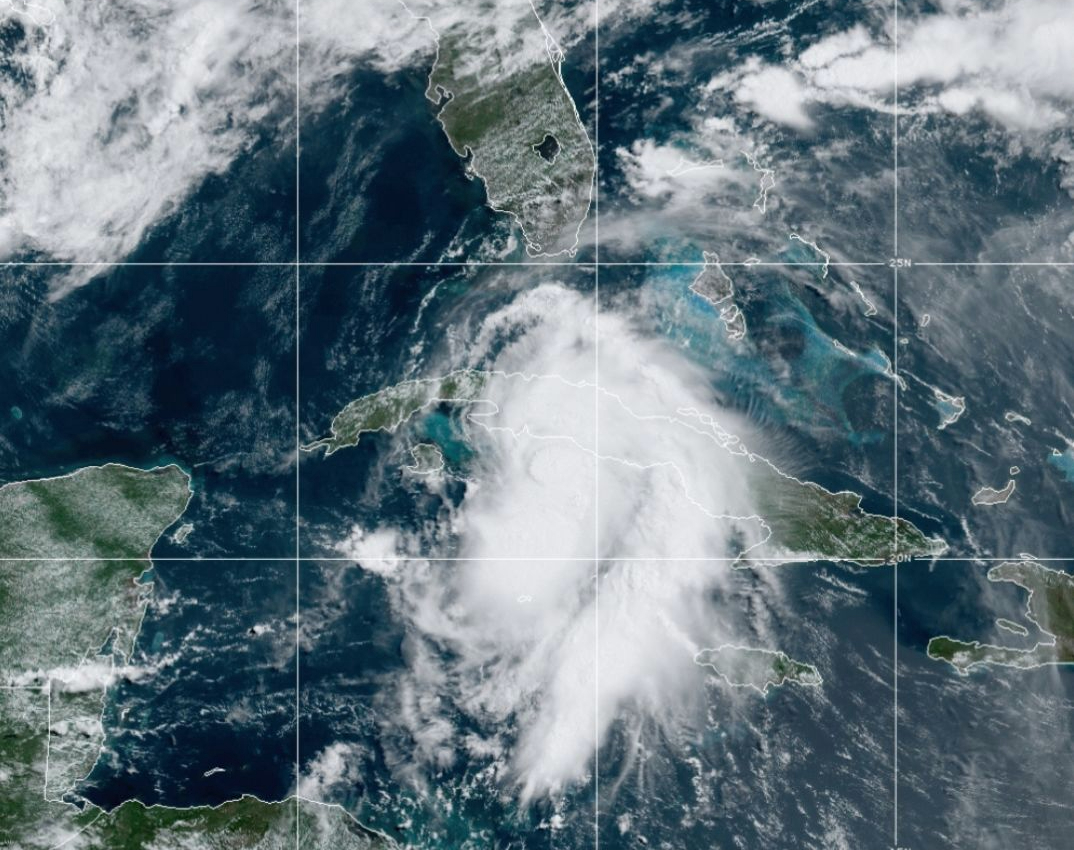 By Bob BuntingJuly 5, 2021No Comments

Tropical Storm Elsa is heading for the west coast of Florida

At noon on Monday, July 5, Tropical Storm Elsa was on the south coast of central Cuba and will be moving inland soon over a semi-hilly area—not the more mountainous terrain that often weakens tropical storms. The storm, now with 65-miles-per-hour sustained winds, also won’t be over Cuba long enough to drop its intensity much. When Elsa emerges into the Gulf of Mexico, the storm should regain any strength it does lose.

Expect showers and thunderstorms today, but the winds and other impacts will begin tomorrow. The storm has slowed, as I expected, and arrival time for increasing winds will be about 24 hours from now, or about midday on Tuesday.

Take a look at the latest National Oceanic and Atmospheric Administration satellite image, and it is clear Elsa is better organized and more impressive than it was yesterday. 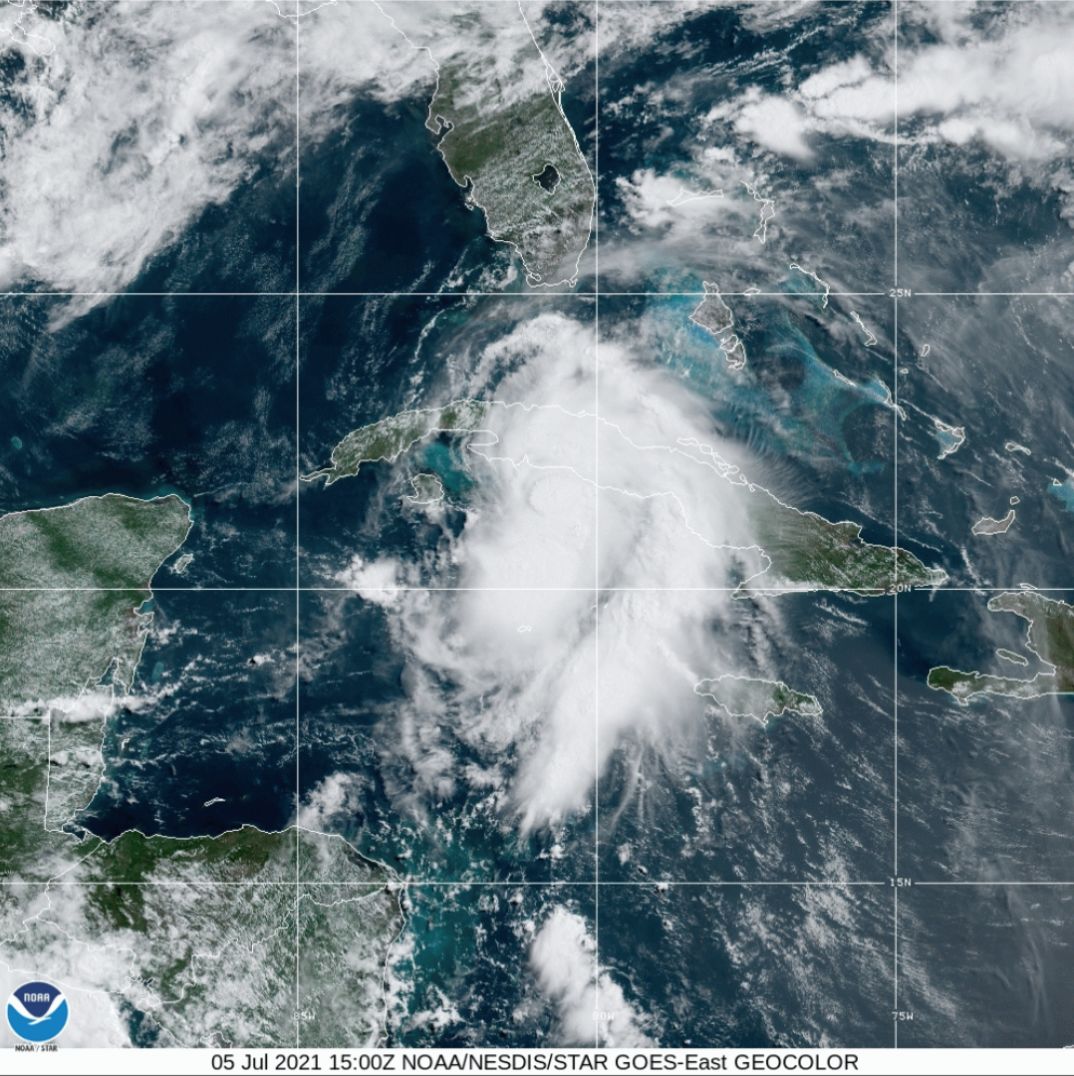 This visible satellite image also shows a large thunderstorm core just south of the central Cuba coastline. There, massive thunderstorms are raging near the center of rotation. The size of the storm has also expanded as it has halved its forward speed, and the turn northward we have been expecting is happening now.

To see this better storm organization, look at the infrared matching image and those features pop out even more clearly. 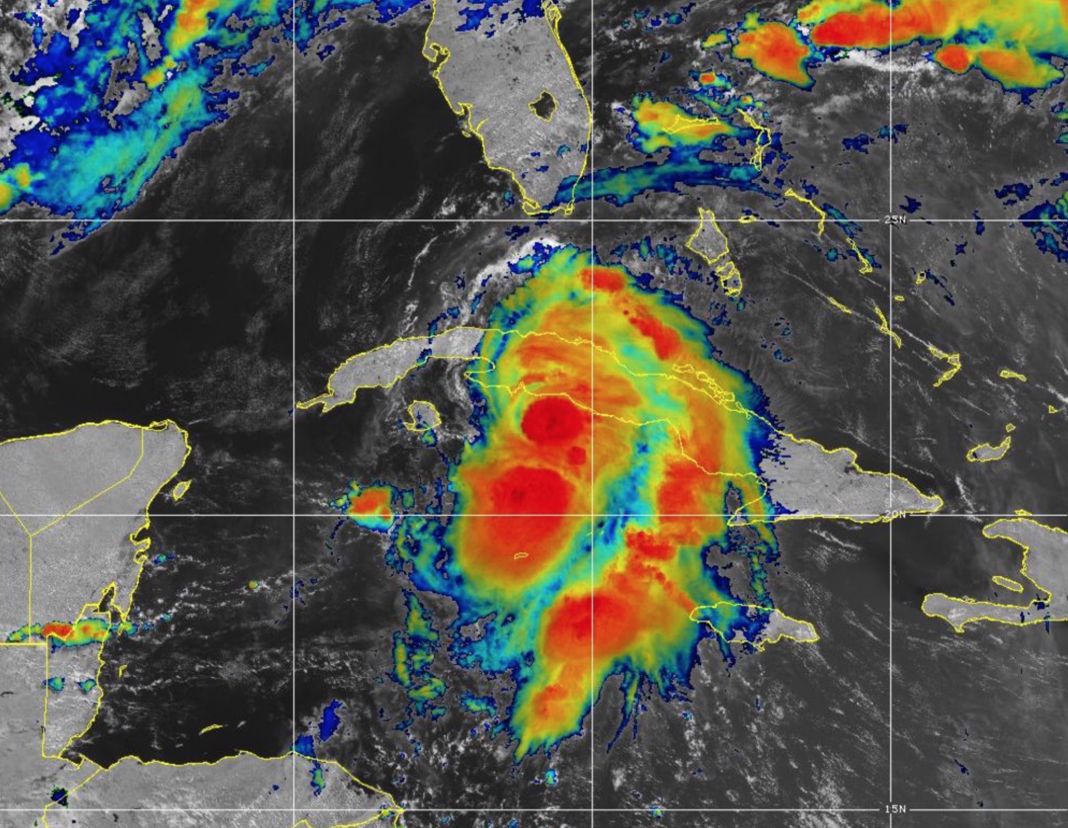 The impacts on the Sarasota metro area will begin building tomorrow morning as the breeze turns into noticeable winds. Rains and tides will also begin increasing.

Be sure you are ready by this time, so you don’t cut your preparation time short. Respond to any local government information about potential evacuations and other requests given by public officials.

Peak storm conditions will begin late Tuesday afternoon, with the center of the storm now forecast to pass just offshore between 9 p.m. Tuesday and 1 a.m. Wednesday. These times will likely change some as the storm forecasts are updated.

When Elsa passes, it is likely to be about the strength and in a similar path to Tropical Storm Eta last November.

Winds should reach gale-force form late tomorrow afternoon and peak with gusts around 50 miles per hour in Sarasota and 60 miles per hour on the barrier islands around the time the center of Elsa passes by.

Storm surge issues could occur around that time. The normal tides will be between high and low at the time of passage, but a storm surge of one to three feet is possible. Heavy rains will also pour down on the area and I expect between three and four inches of rain, with higher local amounts to drench the area.

Storms of this nature, while not hurricanes, can be very dangerous. Take them seriously and remember there is always a chance the storm could evolve in ways not predicted right now.

I’ll have another update around noon tomorrow, when I hope to give you a more specific roadmap of what to expect and when to expect it.