First up is Fred. After buffeting Hispaniola with heavy rains and gales, the mountains there disrupted the circulation of the storm and weakened its structure. Moderate wind shear is also helping to keep the system weak at present. But as the system moves over the warm waters north of Cuba and through the Florida Straits, it should become somewhat better organized. Tropical Storm strength should be regained in the next day or so as it slowly moves toward the Florida Keys. 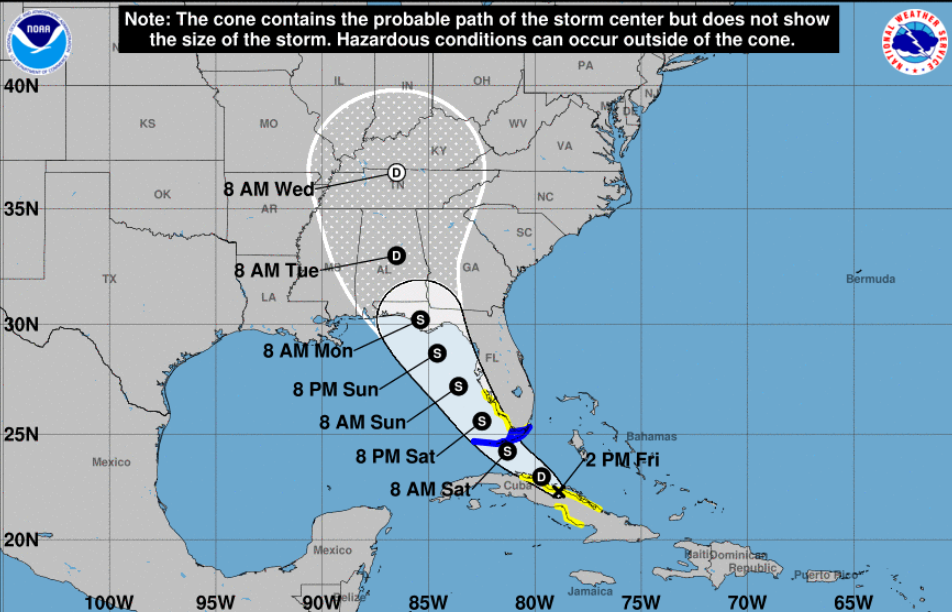 Although moderate wind shear will be a deterrent, sea surface temperatures in the eastern Gulf are 87°C or so. Water temperatures at this level are very supportive of tropical storms and hurricanes. Tropical Storm Warnings are out for the Florida Keys and a Tropical Storm Watch is in effect from just south of the Sarasota Area south to the Keys.  Watches and potentially Warnings are likely to be extended northward along the west coast in the next 24 hours.

Forecast models are forecasting a path very similar to Hurricane Elsa and I expect this storm to be rather weak as it approaches the Sarasota Metro Area Saturday afternoon and Saturday night.  But heavy rains and gale force winds are possible. 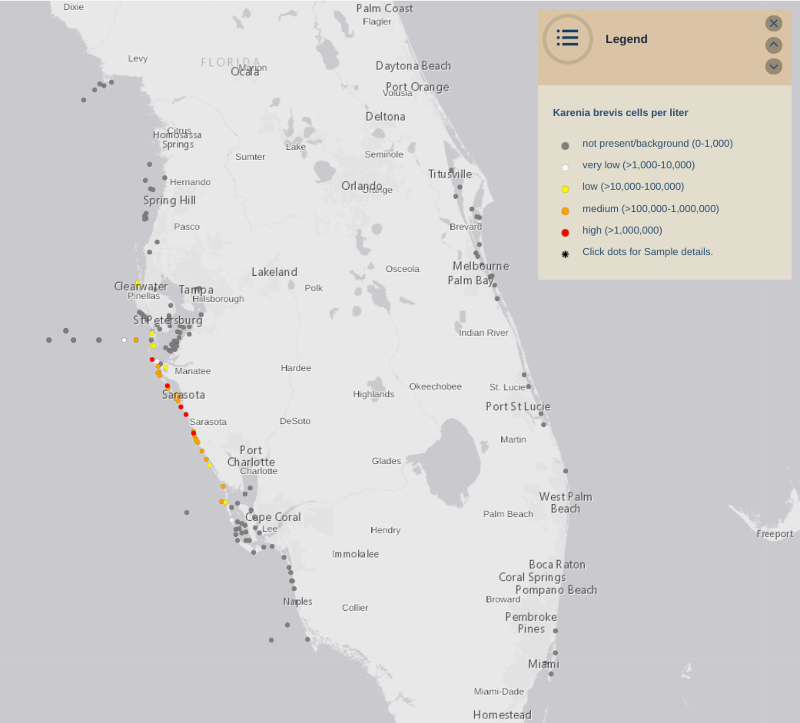 Red Tide is currently a serious issue along the west coast of Florida      Source: Florida Fish and Game Conservation Commission

The west coast of Florida is currently experiencing a serious Red Tide event, amplified by Hurricane Elsa and the Piney Point disaster. Because tropical storms have a counterclockwise circulation, gales from the east will likely precede Fred’s passage. These winds will probably be strong enough to blow the Red Tide blooms out into the Gulf of Mexico, only to return on the westerly winds that will follow Fred’s passage. In addition, Fred is likely to deliver rainfall totaling 3 to 5 inches, and runoff of nutrient-rich water from the Florida mainland into the Gulf may fertilize the Red Tide blooms again.

Concerned about Florida’s changing climate? On November 19th the Climate Adaptation Center will be hosting a unique in-person event — our first-ever Florida Climate Forecast Conference! Focusing on Florida’s west coast, the CAC will gaze into our crystal ball to forecast what our climate could look like in 2030, 2040 and 2050. More information is available in our Events section. Check back often as we update the program and our list of guest speakers. Tickets go on sale in mid-September.