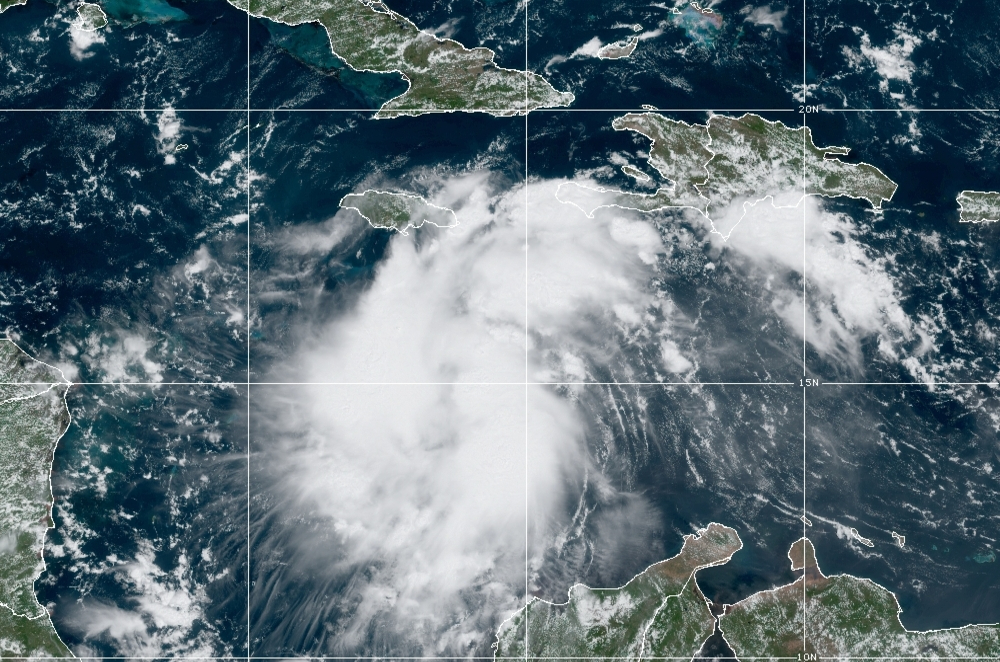 Tropical Storm Ian is on the March

By Bob BuntingSeptember 24, 2022No Comments

Editor’s note: This article was originally distributed in the September 24th CAC Newsletter.

Tropical storm Ian has now formed in the Caribbean and is moving westward through the Caribbean and showing signs of intensification. It’s pretty much the scenario I outlined yesterday in the update you received.

Ian is the sixth named storm in September!

More important is what happens next. Ian will likely move to a position on the south coast of western Cuba late Monday night. While parts of Cuba are mountainous, western Cuba is very narrow.

Ian will likely strengthen Into a Category 2 hurricane by the time it reaches a position south of Cuba by late Monday. Because the conditions by that time will be nearly ideal, Ian could become a Category 3 by the time it crosses the south Cuban coast with an explosive development cycle occurring by landfall.

At last November‘s climate conference where the CAC gave its first-ever climate weather forecast for 2030, 2040, and 2050, I highlighted the possibility that a hurricane would enter the southeast Gulf of Mexico and rapidly develop before hitting the Suncoast of Florida which includes Tampa, Sarasota and Bradenton.

The following figure illustrates CAC’s Worst Case Scenario For Suncoast Hurricanes. The red oval shows the worst location for a storm from the Suncoast point of view. 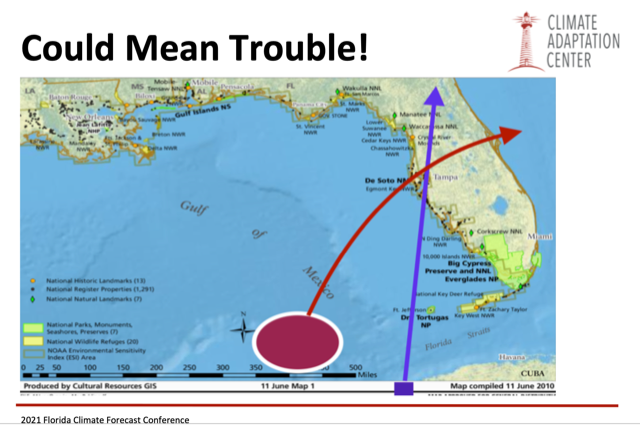 Looking at the present situation it appears this highly dangerous and unwanted scenario could be evolving now. 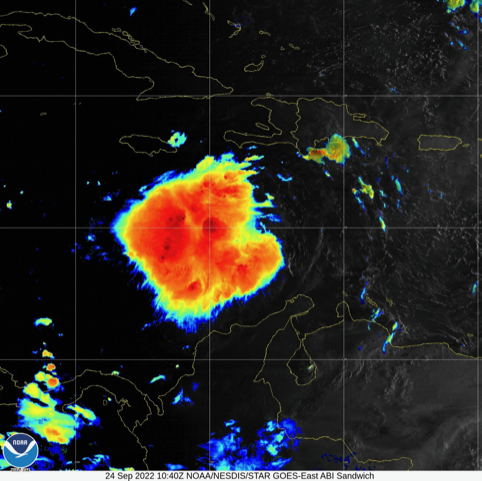 A storm approaching our area from this trajectory would initially have easterly to northeasterly winds blowing offshore, but once the storm passes to the north the storms counterclockwise rotation would bring heavy westerly winds along the coast line with accompanying storm surge on an already raised sea level, the result of global warming.

While this scenario is not locked in at this time, in our area we must take it seriously.

As the storm passes over western Cuba delivering a big hit on that country, it will emerge into the southeast Gulf of Mexico with little impact on its intensity from its path across the narrow and less rugged western Provinces. 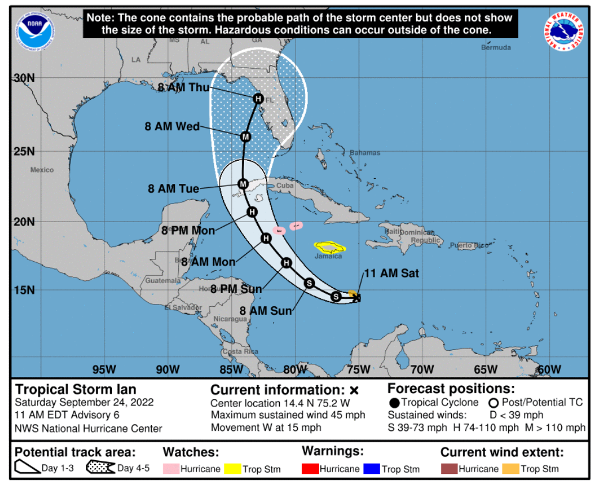 At this point the storm will be less than two days from landfall should it decide to strike our area with full force. That does not give much time to prepare unless you begin now.

While the storm center could miss our area and deliver a minor hit, its potential path requires earlier preparation than past storms.

I remind you of Hurricane Eta in November 2019. By the time this hurricane approached Sarasota and Tampa it had weakened into a tropical storm with winds gusting to less than 60 miles an hour, but the flooding was the highest ever seen in our area in many locations.

With Ian having the potential to be much worse its approach to Sarasota and the Suncoast on Tuesday and Wednesday will surely be an important event for our communities.

Conditions will likely begin to deteriorate on Tuesday night and then the following 24 hours looks like the time of major concern.

The CAC is planning continuing updates on the storm until it is gone. You may view these articles on the CAC website and the Sarasota Magazine. If you sign up for our CAC monthly newsletter, you will automatically receive an email update in your mailbox as soon as it is posted. Sign up below.